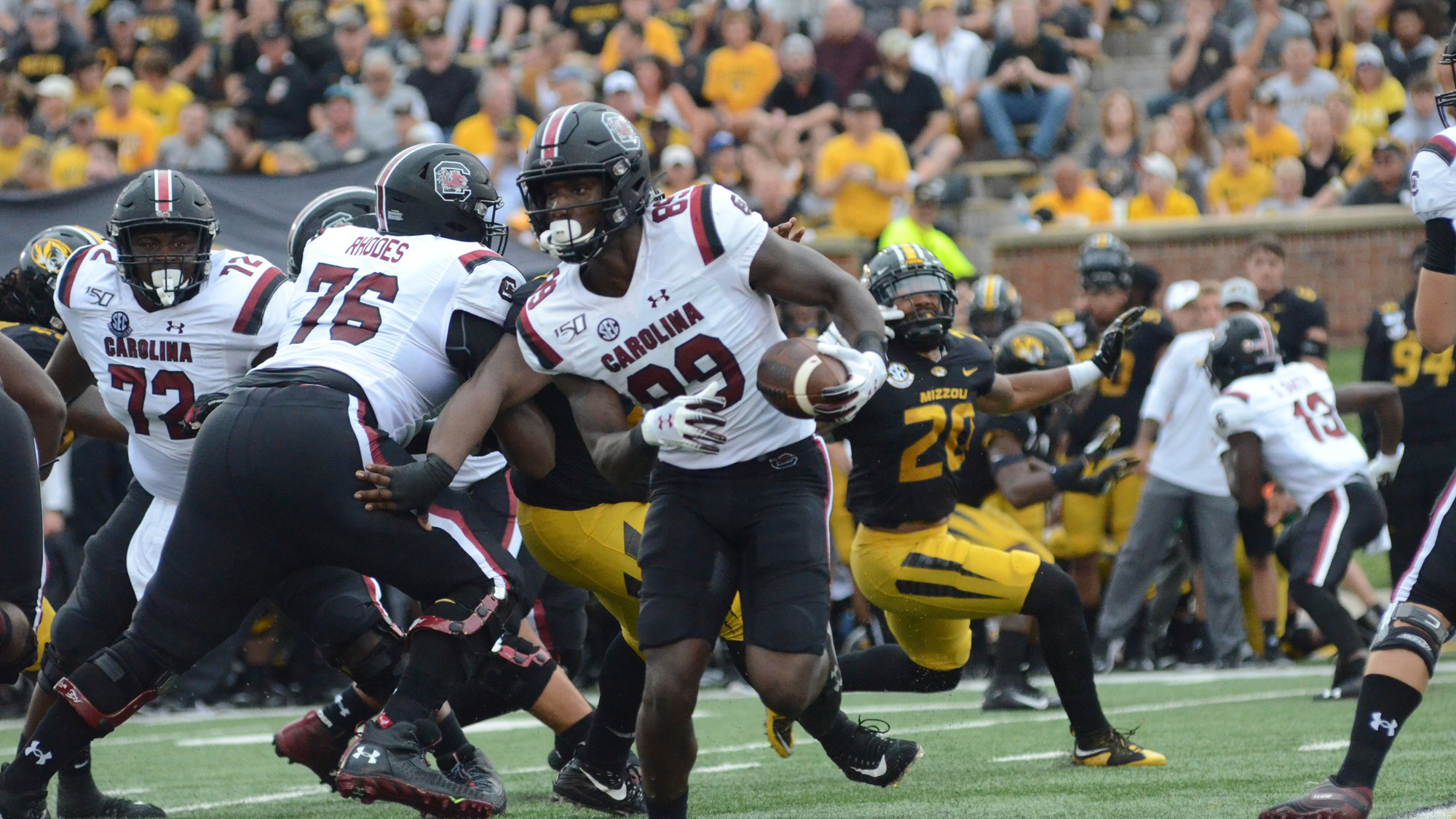 by By JOE WALLJASPER | Associated Press

The Tigers began the scoring in the first quarter with a bizarre play. Hilinski’s pass was batted back to him by Missouri defensive end Chris Turner. Hilinski grabbed the ball and spiked it at his own 1-yard line. Although the officials initially ruled the second throw an incomple – and illegal – forward pass, Garrett scooped up the ball in the end zone. After a video review showed Hilinski’s spike went backward, the original call was reversed, it was ruled a fumble and the Tigers were awarded a touchdown.

The Gamecocks got back into the game in the second quarter when D.J. Wonnum intercepted a Bryant pass in the flat and rumbled 21 yards to Missouri’s 1-yard line. Rico Dowdle pounded in a touchdown run to cut South Carolina’s deficit to 10-7. Missouri answered with Bryant’s 3-yard touchdown pass to Albert Okwuegbunam, and the Tigers led 17-7 at halftime.

After throwing for only 3 yards in the first half, Hilinski threw a perimeter screen to wide receiver Bryan Edwards on the first play of the second half, and Edwards weaved 75 yards for a touchdown. Hilinski guided the Gamecocks down the field on the ensuing drive by converting two third-down passes and one fourth-down pass. But on third-and-goal from Missouri’s 3-yard line, Hilinski threw it right to Missouri’s Perkins in the end zone, and he returned it 100 yards to give the Tigers a 31-14 lead.

Hilinski completed 13 of 30 passes for 166 yards. Edwards finished with six catches for 113 yards.

With the Gamecocks trailing 24-14 and the ball on the Missouri 3-yard line, Ryan Hilinski’s pass was intercepted by Ronnell Perkins in the end zone and returned for a 100-yard touchdown, giving the Tigers the 31-14 lead.

2 – Missouri scored a pair of defensive touchdowns in the game, as Cale Garrett recovered a fumble in the end zone in the first quarter and Perkins returned an interception 100 yards in the third.

The Gamecocks host Kentucky for their first night game of the season on Saturday, Sept. 28 at 7:30 p.m. in Williams-Brice Stadium. The game will be televised on SEC Network.