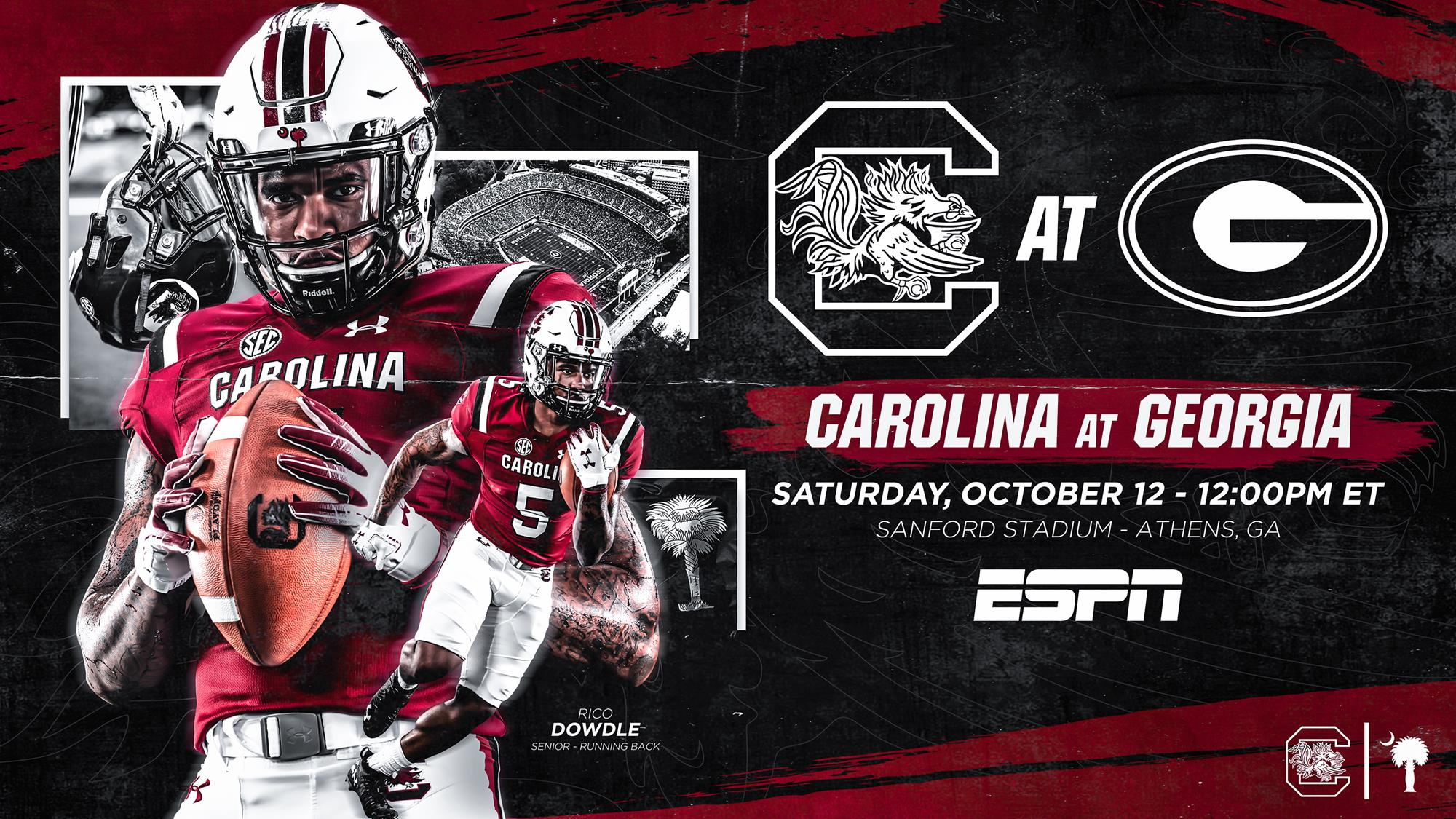 The South Carolina Gamecocks and Georgia Bulldogs will renew their football rivalry on Saturday, Oct. 12, with a noon kickoff from Sanford Stadium in Athens, Ga., the Southeastern Conference announced today. The game will be televised nationally on ESPN.

This will be the 72nd meeting between these two bordering flagship state universities in a series that dates back to 1894. The Bulldogs have won each of the last four meetings to take a 51-18-2 advantage in the all-time series, including a 29-8 mark in Athens. Since becoming SEC Eastern Division rivals in 1992, UGA owns an 18-9 lead in the series, including a 9-4 record in Athens. The Gamecocks last win came in 2014 and their last win in Athens came in 2011.

Here is the entire SEC television schedule for Saturday, Oct. 12: