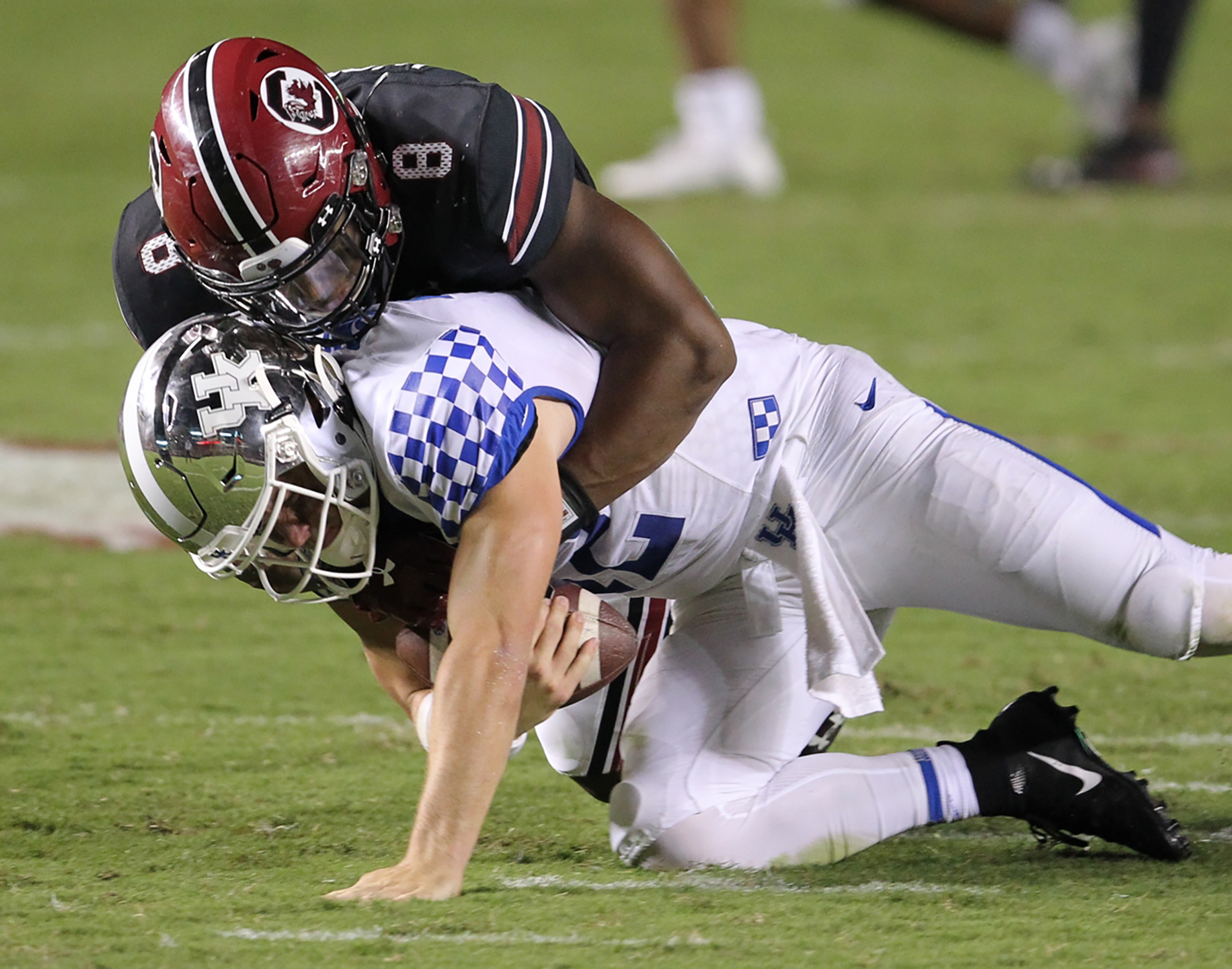 Gamecock Pair Recognized for Outstanding Play in Win over Kentucky

Wonnum, a 6-5, 260-pound senior from Stone Mountain, Ga., was in the Kentucky backfield all night, as he was credited with five tackles, all solos, including a career-high 3.0 sacks, accounting for 25 lost yards, with a forced fumble and a quarterback hurry. Wonnum led a Carolina defense that allowed just 212 total yards, the fewest for the Gamecocks since 2012. It’s the fourth time in his career that he’s been honored as a weekly award winner by the SEC, but the three previous times were as the Defensive Lineman of the Week – in back-to-back weeks against Arkansas and Tennessee in 2017 and against the Volunteers again in 2018.

Charlton, a 6-5, 190-pound senior from Columbia, continues to have an impressive season. He was called on nine times in the win over the Wildcats and responded with a 51.2-yard average, with five of the nine putting Kentucky inside their 20. Included was a season-long punt of 65 yards and four were over 50 yards. Due in large part to Charlton, Kentucky’s average field position was its own 23-yard line. He is second in the SEC and in the country with a 49.8-yard average and is Carolina’s career punting leader at 45.2 yards per punt.

The Gamecocks (2-3, 1-2 SEC) will have this weekend off before returning to action on Saturday, Oct. 12, when they travel to Athens to face the third-ranked Georgia Bulldogs (4-0, 1-0 SEC) in a noon contest from Sanford Stadium.