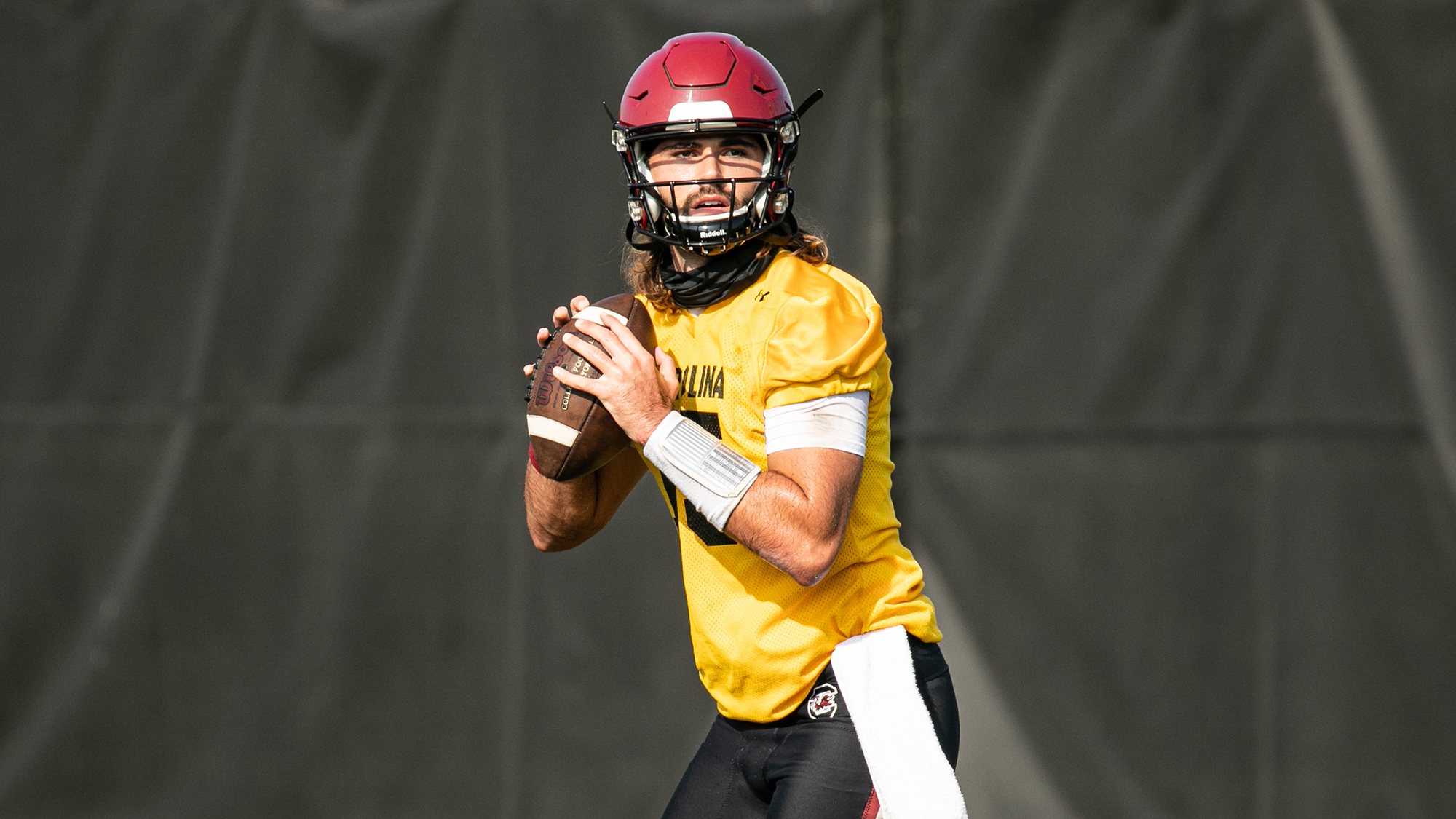 Collin Hill will be the starting quarterback when the South Carolina Gamecocks open the 2020 football season against the Tennessee Volunteers on Saturday, Sept. 26, head coach Will Muschamp announced today.

Hill, a graduate transfer from Colorado State University, edged out sophomore incumbent Ryan Hilinski for the starting nod. The 6-4, 222-pounder has appeared in 18 games including 11 starts during his career while battling through three ACL injuries. While playing quarterback for the Rams, he completed 263-of-433 passes for 3,323 yards with 23 touchdowns and 11 interceptions. He has logged five career 300-yard passing games.

“Collin Hill will start the game against Tennessee,” said Coach Muschamp. “I thought both guys had outstanding training camps. We can win with both guys, bottom line. Ryan’s had a really good camp. Obviously, there was an advantage for Collin playing for Coach (Mike) Bobo before. Schematically there are some things that helped him. But we can win with both guys. We’ve got confidence in both guys and, as I told them and our entire football team, we’re going into the unknown. We’ve got to have all hands on deck ready to play. Luke Doty has gotten more reps at the quarterback position, because what if we do lose Collin and Ryan to a COVID situation? We’ve got to have a bunch of guys ready to play in the game, but Collin will start for us.

“It was a very difficult decision,” continued the head coach. “You look at our three scrimmages, which are the three benchmarks really in the evaluation. Ryan was the player of the day in the first one; Collin was in the second. Both of them played extremely well in the third. It was very difficult, a hard decision, but that’s the decision that we made. As I’ve said before, we can win with both guys. We have great confidence in both guys and both guys know that.”

Coach Muschamp made it clear that while it would be good to give Hilinski a chance to get his feet wet in 2020, that was not necessarily the plan going into the opener. “Certainly from a standpoint of the way COVID is, you want to be in that situation (where Hilinski would play), but it’s Collin’s game and that’s the way we’re going to go into the game. But like any other position, if someone’s not playing well, we’re going to make a change. But Collin’s our guy.”

While a decision has been made at quarterback, the situation at running back has not been resolved. “I don’t know that anybody has really distanced themselves,” said Coach Muschamp. “Kevin (Harris) has probably been the most consistent back. I thought Deshaun Fenwick has done some really nice things. ZaQuandre (White) has done some really good things for us as well. We need to get him back to where he’s full speed. I think right now I don’t know that he’s full speed, but still looks good. Those guys have looked good.”

The final piece to the offensive line puzzle is still unsettled as well nine days before the opener with several players vying for the starting nod at tackle. “Fortunately, we’ve got a couple extra days to work through that,” noted Coach Muschamp. “We’re still rotating some guys through – Jaylen Nichols, Vershon Lee, Jakai Moore and Jazston Turnetine. Dylan (Wonnum) can play both right and left (tackle); he feels comfortable at both. So we’ll make those decisions probably in the early part of next week.”

Coach Muschamp has indicated he feels very good about his starters in the secondary in the Carolina base defense, but is still looking at several candidates for when the Gamecocks want to get an extra defensive back or two on the field. “Just different combinations of different people – whether Jaycee (Horn) is playing nickel, whether Israel (Mukuamu) is playing safety, whether they are both staying at corner and Shilo (Sanders) is coming in and playing safety,” said Coach Muschamp. “We’ve also got a dime package where R.J. (Roderick) can be the dime. When we get Jahmar (Brown) back, he can be the dime as well, so we’ve got some different combinations. It’s really the guys who are communicating and playing the best will be the guys we go with.”

The Gamecocks and Volunteers are set for a 7:30 pm ET kick on Sept. 26 at Williams-Brice Stadium in Columbia. The game will be televised on SEC Network with Taylor Zarzour handling the play-by-play, Matt Stinchcomb serving as the analyst and Alyssa Lang working the sidelines.

Another Carolina Calls is scheduled for tonight (Thursday) with offensive coordinator Mike Bobo sitting in for Coach Muschamp. Hosted by the voice of Carolina Football and Gamecock Hall of Famer, Todd Ellis, the show will originate from Backstreets Grill, located at 2400 Devine Street in Columbia. The show airs from 7-8 pm ET and is carried on the flagship station of the Gamecocks, WNKT-FM, across the Palmetto State on the Gamecock Radio Network and over the internet at GamecocksOnline.com.