PLAYING FOR A POINT: A win in the Palmetto Bowl gives one school another point in the Palmetto Series, sponsored by the South Carolina Education Lottery. Carolina has won the Palmetto Series trophy in each of the four years it’s been contested. The Gamecocks currently lead his year’s points chase 3-2, winning in both men’s and women’s basketball and in women’s cross country, while the Tigers posted victories in men’s soccer and volleyball.

YOU ARE LOOKING LIVE: This week’s contest will be televised nationally by ABC as part of the ACC television package. Sean McDonough (play-by-play) and Todd Blackledge (analyst) will be in the booth with Molly McGrath working the sidelines. The Gamecock Radio Network features Todd Ellis as the play-by-play voice with Tommy Suggs providing the color commentary. Jamar Nesbit patrols the sidelines for the Gamecock Radio Network.

GAMECOCK REWIND: The Gamecocks opened 2022 with a win over Georgia State, then dropped a pair of SEC contests to ranked opponents, first at No. 16 Arkansas, then at home to top-ranked Georgia. Carolina then put together a four-game winning streak, its longest since winning six in a row to end the 2013 season, including back-to-back wins at No. 13 Kentucky and at home versus preseason top-10 Texas A&M. After a disappointing home loss to Missouri, the Gamecocks bounced back with another road win at Vanderbilt, their fifth win in six games, becoming bowl-eligible for the second-straight season under head coach Shane Beamer. After another disappointing performance in The Swamp against Florida, the Gamecocks rebounded with their best offensive performance and their best win of the season in a 63-38 rout of No. 5 Tennessee last Saturday night on Senior Night in Columbia. With a 7-4 record, the Gamecocks have won seven regular-season games for the first time since 2018. Shane Beamer joined Steve Spurrier as the only coaches in SC history to win at least seven games in each of their first two seasons.

ROAD WARRIORS: The Gamecocks have won two road games in 2022, posting road wins at No. 13 Kentucky and at Vanderbilt, their high mark since 2018. The are looking for their third road win of the season, something they haven’t done since the 2013 season. The Gamecocks last won in Clemson in 2012, a 27-17 victory. Head coach Steve Spurrier became the winningest coach in South Carolina history with 65 wins that night, as sophomore quarterback Dylan Thompson completed 23-for-41 passes for 310 yards with three touchdowns and sophomore defensive end Jadeveon Clowney tallied 4.5 sacks in the win.

A LITTLE HISTORY: 2022 marks the 129th season of intercollegiate football at the University of South Carolina, dating back to 1892. It is the 116th-consecutive year in which Carolina has competed on the gridiron. The University did not field a team in either 1893 or 1906. Carolina owns an all-time record of 628-605-44, a .509 winning percentage. 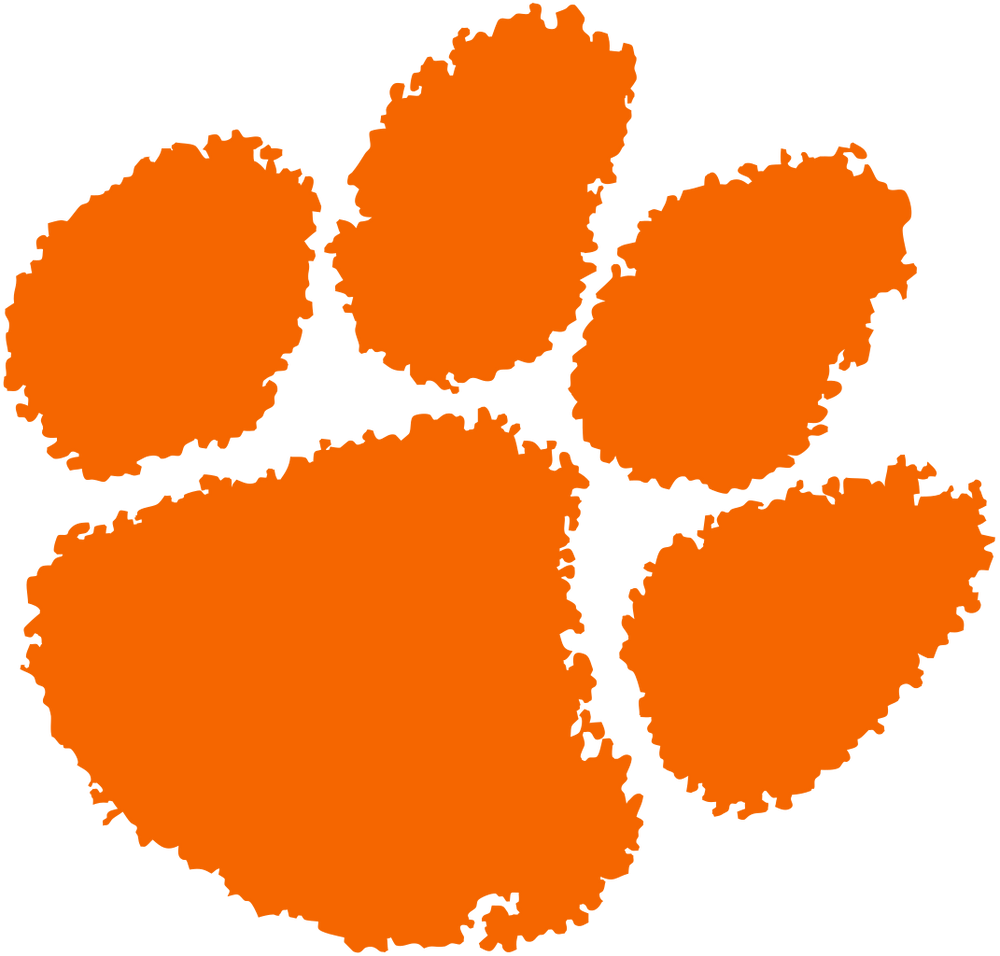 This is the 119th meeting between these two Palmetto State schools in a rivalry that dates back to 1896. The teams met every year from 1909 – 2019, making the Carolina-Clemson series the second-longest running consecutively-played series in college football behind only Minnesota – Wisconsin before the series was interrupted in 2020 due to COVID. The Tigers hold a 72-42-4 lead in the all-time series, including a 19-10-1 mark in Clemson and a 53-32-3 advantage in Columbia. Clemson has won the last seven meetings after Carolina had won the previous five.

BACK IN TIGER TOWN: South Carolina is making its first trip to Clemson since the 2018 season. The 2020 contest, which was scheduled to be played at Memorial Stadium, was cancelled due to COVID-19, as the Gamecocks played a 10-game schedule comprised entirely of SEC opponents that season. The back-to-back games played in Columbia in 2019 and 2021 was the first time that had occurred since 1958 and ‘59. Every game played from 1896-1959 was played in Columbia, most as part of the “Big Thursday” tradition with the game contested in late October in conjunction with the state fair.

THE LAST TIME THEY MET: Will Shipley ran for 128 yards and a touchdown, BT Potter booted three field goals, and the Clemson defense pitched a shutout in a 30-0 Tiger win in Columbia on Nov. 27, 2021.

THE LAST TIME THEY MET HERE: Trevor Lawrence threw for a career-high 393 yards, Adam Choice rushed for three TDs and No. 2 Clemson capped a perfect regular season with a 56-35 victory over South Carolina on Nov. 24, 2018 at Memorial Stadium in Clemson. Jake Bentley threw for career highs with 510 yards – the second most ever allowed by Clemson – and five TDs. Deebo Samuel had 10 catches for 210 yards and three scores while Shi Smith had nine grabs for 109 yards and a score. The Tigers had not surrendered that many points in 28 games since a 42-35 win over Virginia Tech in the 2016 ACC title game.

THE LAST GAMECOCK WIN: No. 10/9 South Carolina forced a half-dozen Clemson turnovers, turning three of them into touchdowns, as the Gamecocks won for the fifth-straight time over the No. 6/4 Tigers, 31-17 in Columbia on Nov. 30, 2013. The game was deadlocked at 17 heading into the final period, but Mike Davis scored on a two-yard run to cap a drive that took over six minutes off the clock, then Brandon Wilds scored on a 26-yard pass from Pharoh Cooper to seal the win. Connor Shaw posted 246 yards of total offense, including 94 on the ground, while All-American Kelcy Quarles led the defense with 2.5 sacks. Skai Moore had a fumble recovery and a pick in the contest.

A South Carolina win over Clemson would…
* Snap a seven-game losing streak to the Tigers in the series.
* Give the Gamecocks an eighth regular-season win for the first time since 2017.
* Give South Carolina a 4-2 lead in the Palmetto Series, sponsored by the South Carolina Education Lottery. Carolina has won every Palmetto Series trophy since it began, holding a 4-0 advantage.
* Give the Gamecocks wins in back-to-back games against ranked opponents for the first time since 2013 when they defeated No. 6 Clemson and No. 19 Wisconsin to wrap up the season.

THE LAST TIME OUT: Carolina put together arguably the best offensive game in school history in a 63-38 rout of No. 5 Tennessee in Columbia last Saturday night. The Gamecocks scored touchdowns on nine of 10 possessions with one punt. Two other possessions ended when the clock ran out in each half.

IT’S A MAJOR AWARD: South Carolina was selected as the Cheez-It Bowl National Team of the Week as selected by the Football Writers Association of America (FWAA) after its win over Tennessee. It marked the fifth time since 2002 that the Gamecocks have been honored as the National Team of the Week. Previous recognitions came after wins over Tennessee (2005), Florida (2005), Alabama (2010) and Georgia (2019). Shane Beamer was recognized as the Bobby Dodd National Coach of the Week for the second time this season.

STAY ON THE FIELD: One of the keys entering the Tennessee was for the Carolina offense to stay on the field, keeping the high-powered Vols offense on the sidelines. Mission accomplished. The Gamecocks were 8-of-11 on third-down conversions, and 2-of-2 on fourth-down attempts, leading to just one punt. They controlled the clock, holding the ball for 38:58 despite running two fewer plays than UT.

THE BEST EVER?: Spencer Rattler had maybe the best game by a quarterback in school history in the win over UT. Rattler completed 30-of-37 passes for 438 yards and a school-record six TDs with no pics. The 30 completions, 438 yards and six TDs were all career highs. The 438 yards was the fourth-highest single game mark in school history. Rattler was selected as the Walter Camp National Offensive Player of the Week, the CFPA National Performer of the Week and the co-SEC Offensive Player of the Week.

BRINGING THE JUICE: Antwane Wells Jr. came up big in the win over the Vols. He was targeted 14 times and recorded 11 receptions for 177 yards. The 11 catches was the most for a Gamecock this season, while his 177 yards receiving was his second-highest mark of the year, topped only by the 189 he had at Arkansas on eight receptions.

KROEGER IS YOUR GUY: The Augusta Sports Council has named South Carolina junior punter Kai Kroeger one of 10 semifinalists for the 2022 Ray Guy Award, which recognizes the nation’s top punter. Kroeger has been on the “Ray’s 8” list six times this season, was the national Punter of the Week following the Georgia State game and was the co-SEC Special Teams Player of the Week following the Vanderbilt game.

BEATING A RANKED OPPONENT: South Carolina has knocked off two ranked opponents this season, topping 13th-ranked Kentucky in Lexington by a 24-14 score and beating No. 5 Tennessee, 63-38 last week. Shane Beamer is 2-4 as a head coach against Top-25 teams, including a 2-2 mark this season. The Gamecocks fell at No. 2 Georgia and at No. 17 Texas A&M during the 2021 campaign. This year, they dropped decisions at 16th-ranked Arkansas and at home to top-ranked Georgia, before the wins at Kentucky and at home vs. Tennessee.

BACK-TO-BACK JACK: The Gamecocks are playing their second top-10 opponent in as many weeks. The last time Carolina played consecutive games against top-10 teams was in 2019 when they won at No. 3 Georgia before losing to No. 9 Florida at home. That season, the Gamecocks also played No. 2 Alabama, so they saw three top-10 teams in a five-week stretch.

IT WOULD BE MEMORABLE: Clemson enters this week’s game ranked seventh in the Associated Press poll. The Gamecocks are looking to win back-to-back games against ranked opponents for the first time since 2013 when they defeated No. 6 Clemson and No. 19 Wisconsin to wrap up the season.

NO NAIL BITING HERE: The Gamecocks have played just one game that was decided by a touchdown or less, a 34-28 win over Texas A&M, and the Aggies had to score with just 10 seconds left to make that a one-score game. The only other contest that was decided by 10 points or less was a 24-14 win over Kentucky. The average margin of victory in the 11 games played by the Gamecocks this season is 22.6 points.

TURNOVERS WIN GAMES: After recording just one takeaway through the season’s first three games while posting a 1-2 record, Carolina recorded 10 turnovers in its next four contests, all wins, including back-to-back three-interception games against Charlotte and South Carolina State, marking the first time since 2013 that they recorded three INTs in back-to-back games. The Gamecocks are 6-0 this season when winning or breaking even in the turnover battle and 1-4 when committing more turnovers.

THREE IN THE TOP 100: South Carolina has three players listed among the top 100 prospects for the 2023 NFL Draft, according to The 33rd Team. Junior cornerback Cam Smith checks in at No. 35, senior defensive tackle Zacch Pickens is listed at No. 73, and junior tight end Jaheim Bell is ranked at No. 100.

FOR STARTERS: The Gamecocks have used 41 different starters on offense (20) and defense (21) this season, ranking in a tie for seventh in the FBS in number of players making starts this season.

THEY COME TO SEE THE GAMECOCKS PLAY: South Carolina sold out all six of its Saturday home games this season, generating crowds of 78,297 in the season opener against Georgia State, 78,212 against top-ranked Georgia, 77,982 versus Charlotte, 77,837 against Texas A&M, 77,578 versus Missouri and a season-high 79,041 last week versus No. 5 Tennessee. The only home game not sold out this season was the South Carolina State game, which was moved from Saturday to Thursday earlier that week due to Hurricane Ian. The Gamecocks rank 16th in the country in average attendance at 75,785.

LOOKING AHEAD: The Gamecocks will await the Dec. 4 announcement for the bowl game destination and opponent.