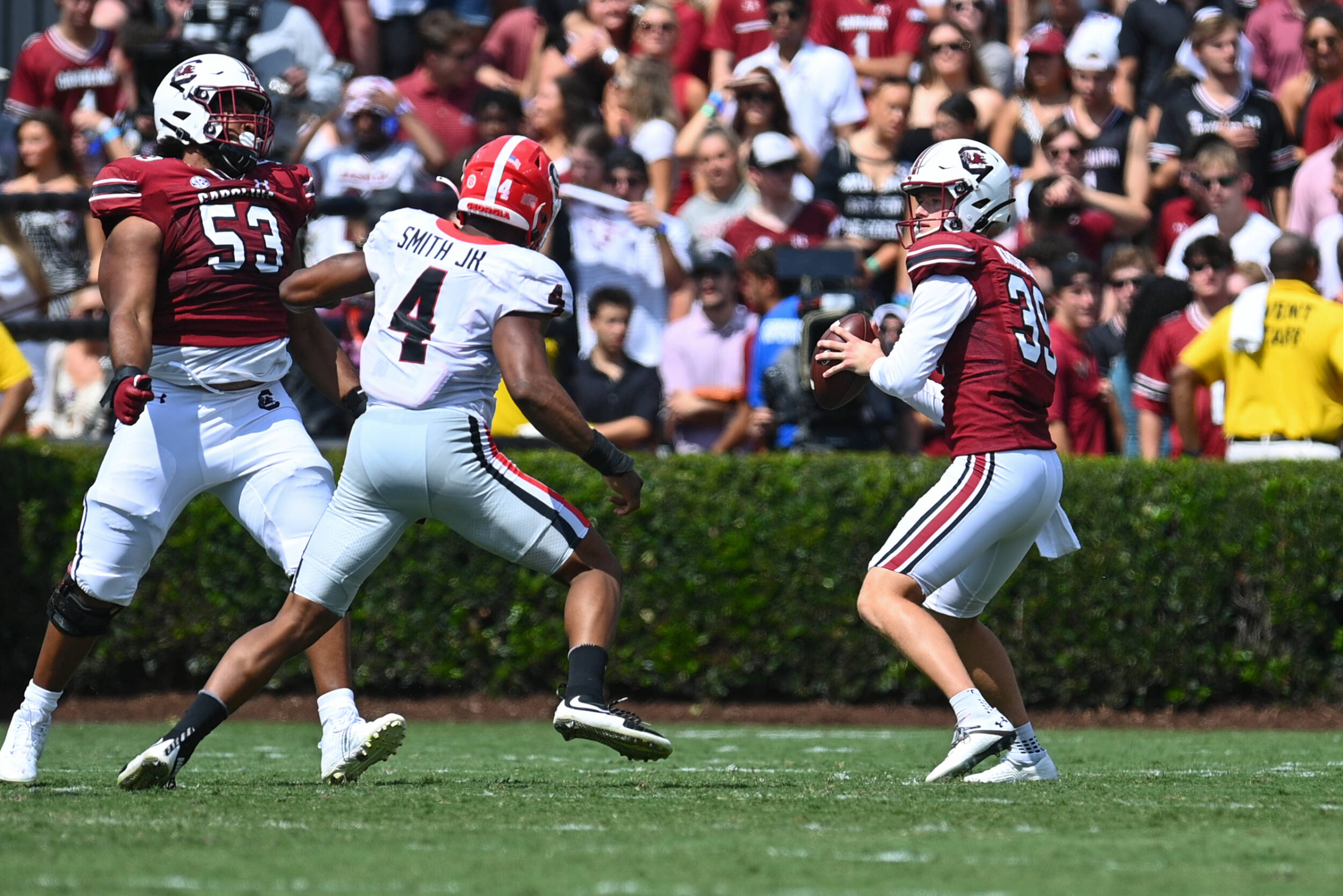 University of South Carolina punter Kai Kroeger has been named First-Team All-America by The Athletic, the national publication announced today.

Kroeger, 6-4, 207-pound junior from Lake Forest, Ill., averaged 46.8-yards per punt, tops in the SEC, second in the country and the second-best mark in school history. Of his 52 punts, 17 traveled 50 or more yards, including a long of 79, the third-longest in FBS in 2022. Twenty-seven of his punts (52 percent) were spotted inside the 20-yard line. A semifinalist for the Ray Guy Award, Kroeger was also named to the All-SEC first team by the AP, the league’s 14 coaches and USA TODAY, and was recognized as the Jim Carlen Most Valuable Player for Special Teams at the team’s Senior Banquet earlier this week.

“Not only does Kroeger rank fourth in the nation in yards per punt (46.8), but he pinned a staggering 25 percent inside the 10-yard line – with 13 downed inside the 10 compared to five touchbacks. If that’s not enough, he completed 3-of-3 passes for 84 yards on fake punts against Georgia, Vanderbilt and Florida.”