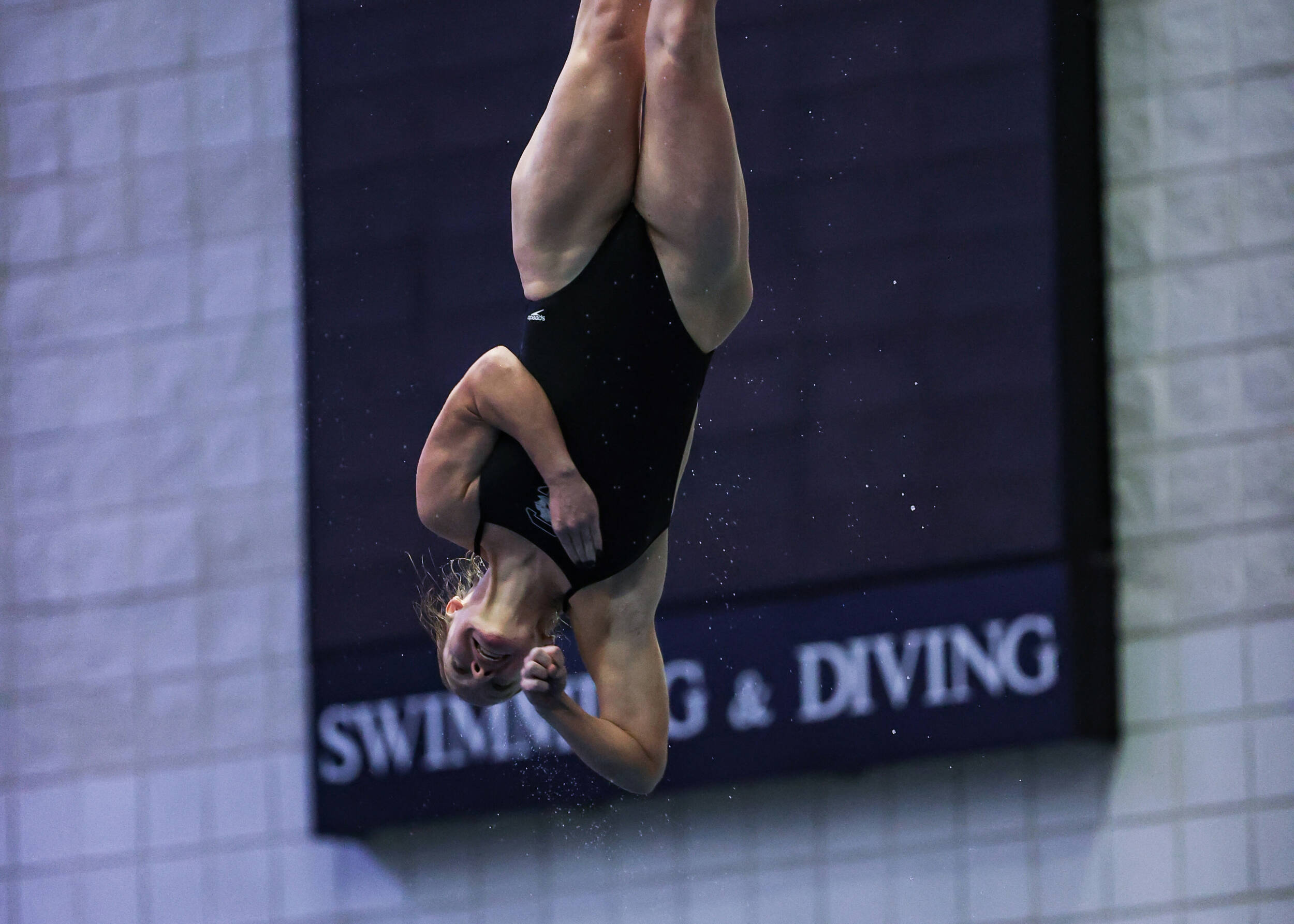 Athens, Ga. –  South Carolina’s divers made an impact on the first day of competition at the Georgia Diving Invitational with three divers qualifying for finals and all three earning podium placements.

The men’s squad was represented in the 1-meter competition by senior Manny Vazquez Bas and freshman Charley Bayer. Bayer placed just outside of the qualifying in 14th place with a score of 270.50, just four points away from making finals. Vazquez Bas earned his spot in the finals with a 323.25 that earned him third place.

In the finals, Vazquez Bas retained his spot in third place with a score of 323.10. His top dive of the day was his third dive which was a forward two and a half somersault 1 pike twist that earned him 67.20 points. He had an average round score of 53.85 and was just 14.15 points off from the first place finisher.

In the women’s 3-meter championship, graduate Brooke Schultz and sophomore Sophie Verzyl both advanced to the finals after placing 1st and 3rd respectively in the prelims out of a total of 42 competitors.

Schultz closed out the competition strong with back-to-back dives that were on the upper side of the 60’s. Her fifth dive, a back two and a half somersault pike gained her a whopping 69 points and her final dive, a forward two and a half somersault 1 twist pike, capped off her competition with 66 points. Her average round score was 60.35. She was the only diver to have an average round score in the 60’s.

Competition at the Georgia Diving Invitational will continue tomorrow with the women’s platform and the men’s 3-meter events. Preliminary rounds will begin at 11 a.m. and live results will be available here.