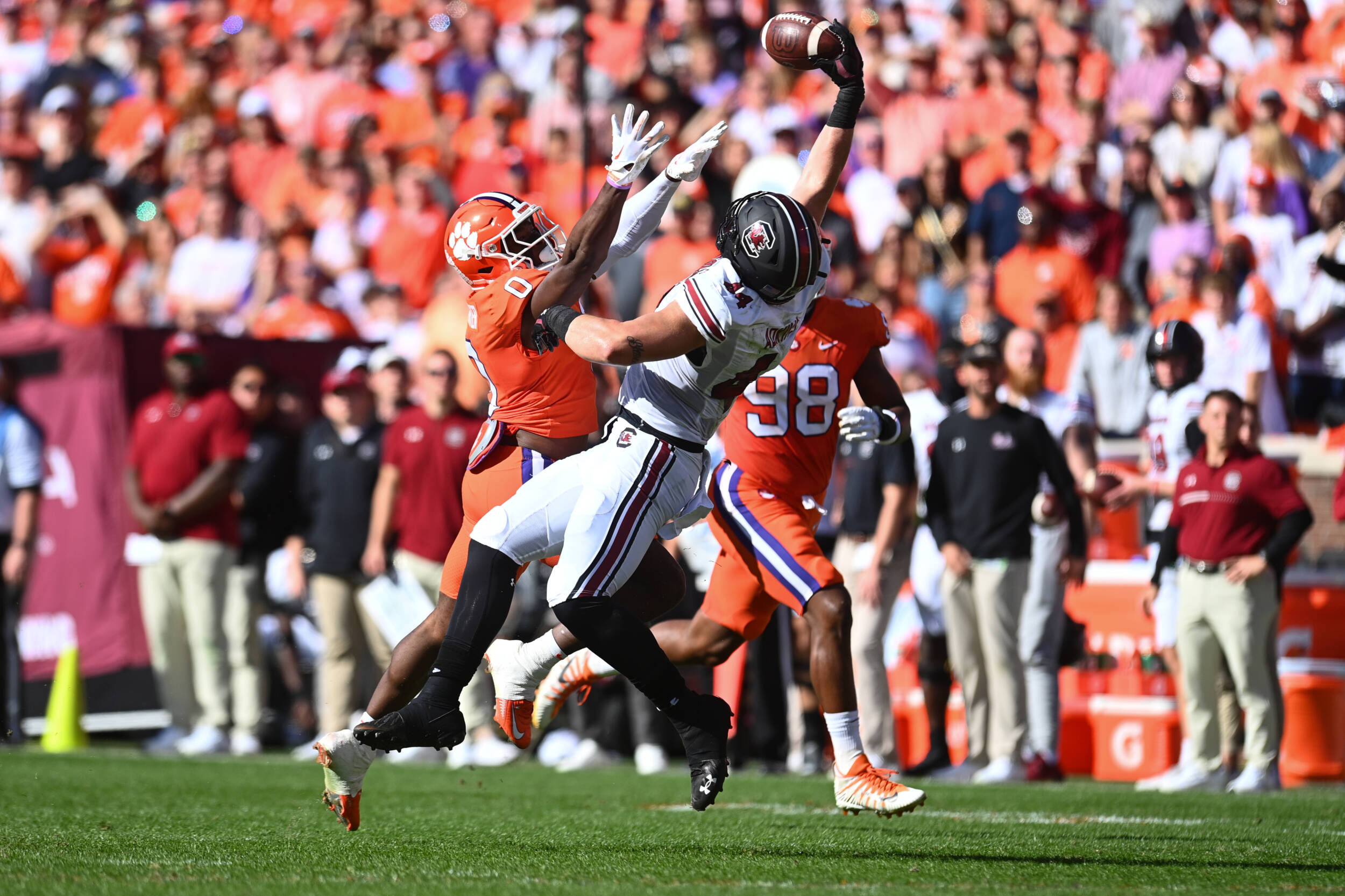 COACHING STAFF
• Head Coach Shane Beamer has logged a 15-11 record in two seasons as the Gamecocks’ head coach. He is tied with Joe Morrison, Steve Spurrier and Will Muschamp for the most wins in his first two seasons at South Carolina.
• Shane Beamer is the third Carolina coach to take his team to a bowl game in each of his first two seasons, joining Steve Spurrier and Will Muschamp.
• Shane Beamer was recognized as the Bobby Dodd National Coach of the Week twice during the 2022 season, earning the national recognition following wins over Kentucky and Tennessee.
• Associate Head Coach/Special Teams Coordinator Pete Lembo was a semifinalist for the Broyles Award, which goes to the nation’s top assistant coach, and was a finalist for the FootballScoop Special Teams Coach of the Year award.

OFFENSE
• The Gamecocks averaged 32.2 points per game during the 2022 season, ranking 39th in the country. That was nearly a 10-points per game increase over the 2021 campaign when they averaged 22.6 points per game.
• The Gamecocks tallied 30 or more points in nine of 13 games. It marked the first time in school history that Carolina scored 30-plus points nine times in a season. The scored 30 or more points in a game just three times in 2021.
• Wide receiver Antwane “Juice” Wells Jr. earned first-team All-SEC honors after leading the squad with 68 receptions for 928 yards and six touchdowns. Both marks ranked eighth in school history for a single season.
• Spencer Rattler started every game at quarterback. He completed 264-of-399 passes (66.2 percent) for 3,026 yards with 18 touchdowns and 12 interceptions. The 3,026 passing yards was the sixth-highest mark in school history, while the 264 completions ranked second in school history, the 399 pass attempts ranked fifth, the 66.2 percent completion percentage ranked fourth and the 18 touchdowns ranked tied for eighth.
• Center Eric Douglas and second-team All-SEC right guard Jovaughn Gwyn started every game on the offensive line. Douglas played in 57 career games, tying for third on the all-time list with Rodney Paulk and teammate Josh Vann. Gwyn made 47-consecutive starts, tying for the second-longest streak in school history with Brandon Shell behind only T.J. Johnson.

DEFENSE
• The Gamecocks were solid again in pass defense, ranking 27th in the country in pass efficiency defense and 34th in passing defense, allowing just 206.7 yards per game through the air.
• The Gamecock defense forced 23 turnovers, including eight fumble recoveries and 15 interceptions. The 23 turnovers forced ranked second in the SEC and 20th in the country, while the 15 picks ranked first in the league and 14th in the nation.
• Safety Nick Emmanwori earned true freshman All-America honors from several publications. Emmanwori was also named to the SEC All-Freshman team.
• The Gamecocks scored two defensive touchdowns, both on interception returns in the TaxSlayer Gator Bowl against Notre Dame.
• Linebacker Brad Johnson played in his 59th career game, second on the all-time list behind only Parker White.

SPECIAL TEAMS
• The Gamecocks boasted the nation’s top-ranked special teams unit, earning the No. 1 spot in ESPN’s special teams efficiency ranking.
• South Carolina ranked fourth in the country in punt returns (16.6), fifth in kickoff returns (25.1), seventh in net punting (42.8), 23rd in opponent kickoff returns (17.3) and 27th in opponent punt returns (4.6).
• The Gamecocks tied for third in the country with six blocked kicks and tied for second with five blocked punts.
• The Gamecocks scored five special teams touchdowns – two blocked punt returns, one kick return, one fake punt and one fake field goal.
• Junior punter Kai Kroeger was an All-American and first-team All-SEC selection.
• Long snapper Hunter Rogers earned second-team All-SEC honors.
• In addition to his 46.1-yard punting average, Kai Kroeger was 4-for-4 passing for 107 yards and two touchdowns.
• Placekicker Mitch Jeter was a perfect 11-for-11 in field goal attempts in 2022, including a pair of 50-plus yarders. Jeter and Eddie Leopard (12-for-12 in 1980) are the only kickers in school history to make all of their field goal attempts in a season with a minimum of 10 attempts.