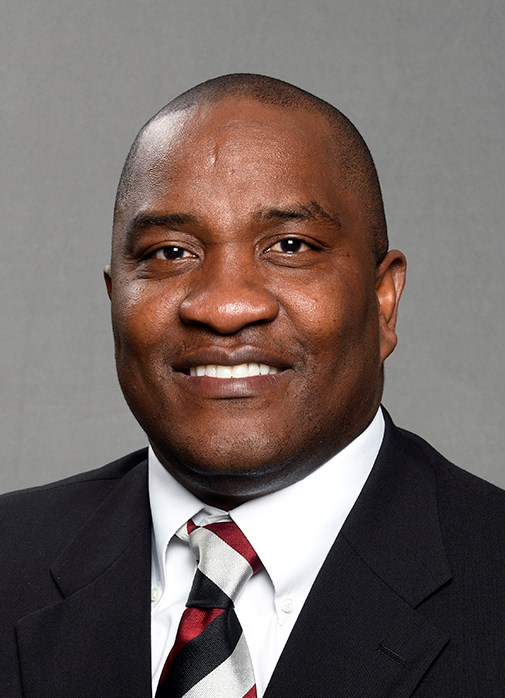 Clayton White begins his second season in Columbia. He was named as the Gamecocks’ defensive coordinator on Jan. 10, 2021.

In 2020, the Hilltoppers ranked 28th in total defense, including eighth in the nation in passing defense, allowing just 177.3 yards per game though the air. WKU was third in the nation with 68 passes defended and the defense scored three touchdowns.

In 2019, WKU produced a top 25 overall defense in the third season of White’s Multiple 4-2-5 scheme. WKU allowed only 20.1 total points per game, which was the lowest mark for the program since 2004 and ranked No. 22 in FBS. Junior defensive end DeAngelo Malone was voted 2019 Conference USA Defensive Player of the Year after producing 99 total tackles – including 21 for loss – with 11.5 sacks and 16 quarterback hurries.

WKU held opponents to a 29.7 percent rate (51-of-172) on 3rd-down attempts, which ranked sixth in FBS and was the lowest mark for the program since 1987. The Hilltoppers ranked third in FBS with only 82 missed tackles all season long. Only Michigan (74) and Air Force (81) had better such numbers.

The Hilltoppers were one of the nation’s stingiest inside the red zone in 2018. WKU allowed just a 103.41 passer rating with their backs against the wall, good for the sixth-best mark nationally. Even better, the Hilltoppers allowed opposing quarterbacks to complete passes at just a 32.7 percent clip, the best mark in the nation.

During White’s first campaign as the defensive playcaller in 2017, the Hilltoppers enjoyed a historic stretch, holding opponents to their fewest point totals through the season’s first seven games in 15 years and a record over that span in the FBS era.

The pass defense was also one of the nation’s stingiest in allowing passing touchdowns, as opposing teams found the end zone just 11 times through the air all season against the Hilltoppers, a mark which ranked No. 5 nationally. The Hilltoppers ranked No. 40 nationally in pass defense – an improvement of 79 spots from the previous season.

Prior to his arrival in Bowling Green, White spent four seasons as the co-Special Teams Coordinator/Safeties Coach at NC State (2013-16). The Wolfpack ranked in the top-30 in total defense in both 2015 and 2016. In 2015, NC State was one of only two schools in the FBS to finish in the Top 20 in both Kickoff Return and Punt Return. Defensive back Dontae Johnson, a White disciple, was selected in the fourth round of the 2014 NFL Draft by the San Francisco 49ers.

White served as the Special Teams Coordinator/Running Backs Coach at UConn from 2011-12. While in Storrs, the Huskies tied for the national lead with three punt returns for touchdowns and led the Big East with a 12.5 punt return average, good for No. 18 nationally. Running back Lyle McCombs was named an FWAA Freshman All-American under White’s direction, becoming just the second Husky to rush for more than 1,000 yards in his freshman campaign.

White spent one season in Bowling Green on Willie Taggart’s first staff in 2010 and helped to build the WKU program during the FCS-to-FBS transition. He served as the Co-Special Teams Coordinator and Defensive Backs Coach.

A three-year run at Stanford (2007-09) preceded his first stint on The Hill where he coached the Cardinal defensive backs, including future NFL Pro Bowler Richard Sherman, and future NFL players Michael Thomas, Johnson Bademosi and Delano Howell. The Cardinal rose to as high as No. 14 in the polls in 2009 and reached a bowl game for the first time since 2001 that year.

White was a three-year letterman at linebacker at NC State (1997-2000), ending his career in the Wolfpack record book in several categories including career tackles for loss (33), single-season tackles for loss (16) and tackles in a single game (23). He had a three-year NFL career with the New York Giants (2001-02) and Tampa Bay Buccaneers (2003).

Originally from Dunn, N.C., and a 2001 graduate with a degree in sport management from NC State, White and his wife Kelly have two children, Chase and Macy.