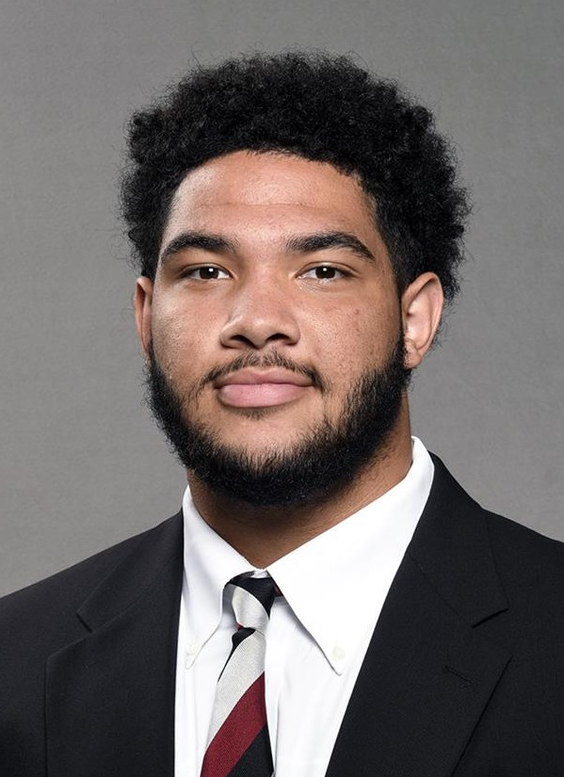 Third-year defensive lineman who is very flexible and powerful in his lower body… expected to take the next step in 2022 after earning Freshman All-SEC honors in 2021… brings a great attitude and preparation to the game… recognized as the South Carolina Spirit Award winner for the defense at the 2022 Garnet & Black Spring Game… nickname is “Boogie”.

2021 (Redshirt Freshman)
Played in all 13 games along the defensive line… named to the Freshman All-SEC team by the league’s 14 coaches… credited with 11 tackles, including nine solo stops… had two stops each against East Carolina, Tennessee and North Carolina… logged his first tackle for loss against the Tar Heels in the Duke’s Mayo Bowl… named to the SEC Fall Academic Honor Roll.

2020 (Freshman)
True freshman who redshirted in his first season… appeared in one game, seeing action against Texas A&M… recorded one tackle… named to the SEC First-Year Academic Honor Roll.

HIGH SCHOOL
Local product who graduated from Hammond School in Columbia in 2020… played on both sides of the ball… helped the Skyhawks to their third-straight SCISA 3A title in 2019 with a 12-2 record… named Mr. Richland County Player of the Year following his senior season… selected to play in the Army All-American Bowl in San Antonio, Texas… posted 16 tackles including seven sacks as a junior… coached by former South Carolina quarterback Erik Kimrey… also competed in basketball, lacrosse and track & field… was the state’s shot put champion in 2019… the Skyhawk lacrosse team was state champions in 2017 and runner-up in both 2018 and ’19… selected as the student body president… Rivals considered him the fourth-best player in the Palmetto State, the 16th-best defensive tackle in the country and No. 212 overall… 247Sports Composite ranked him as the fourth-best player in South Carolina, the 20th-best defensive tackle in the country and No. 214 overall… considered the No. 225 player in the country in the ESPN300.