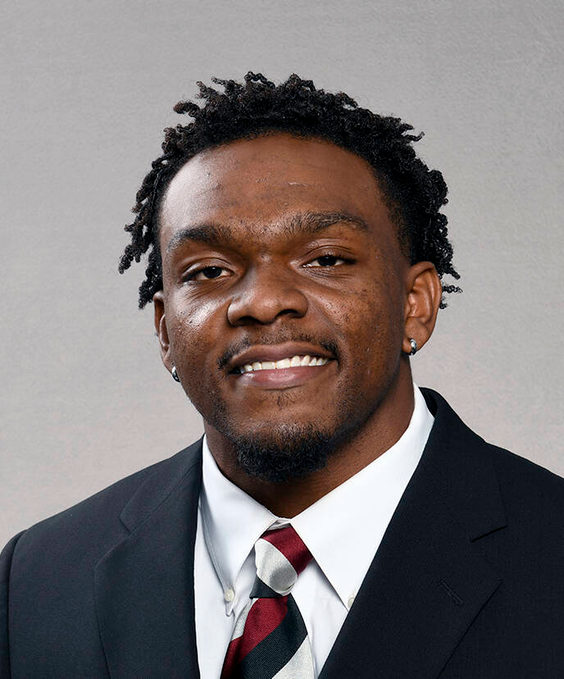 “Super Senior” sixth-year linebacker… incumbent at a starting linebacker position after making the transition from defensive end… brings size, speed, athleticism and knowledge of the game to the position… has appeared in 47 games over the past five years, including 16 starts… owns 112 career tackles… served as a permanent team captain in 2020.

2021 (Redshirt Senior)
Fifth-year player who transitioned to a linebacker position after playing defensive end throughout his career… finished second on the squad with 74 total tackles, including 41 solo stops… credited with 4.0 tackles for loss and 2.5 sacks… logged an interception against Missouri and a fumble recovery against Kentucky… posted a game-high nine tackles at East Carolina, then had a career-high 11 stops against Kentucky… also led the team in tackles against Auburn with nine… served as a team captain against Tennessee and Texas A&M… shared Most Improved honors for special teams in the spring with Josh Vann.

2020 (Redshirt Junior)
Fourth-year player who was named one of four permanent team captains… saw action in each of the season’s first six games, making one start… credited with eight tackles… got the starting nod at Vanderbilt… notched a season-high three tackles in the win over Auburn… also credited with two tackles at LSU.

2019 (Junior)
Junior who saw action in four games and used the new NCAA rule to garner a redshirt season and retain the year of eligibility… appeared in the season’s first two and last two games… hampered by a groin injury for much of the season… credited with one tackle against Clemson.

2018 (Sophomore)
Sophomore defensive end who played in all 13 games, making two starts… credited with 24 tackles including 2.5 sacks and four quarterback hurries… logged three tackles against both Georgia and Missouri… came up with his first-career sack in SEC play against Texas A&M… made his first-career start vs. Clemson, where he recovered a fumble and set a career-high with four tackles… was back in the starting lineup against Akron and made logged four tackles, 1.5 sacks, a forced fumble and two hurries.

2017 (Freshman)
True freshman who saw action in 11 games at the Buck position… credited with five tackles including a sack and a pair of quarterback hurries… did not play in the season’s first two games… made his collegiate debut against Kentucky… notched his first tackle against Arkansas… logged a 12-yard sack against Wofford… registered two tackles against Wofford and Clemson.