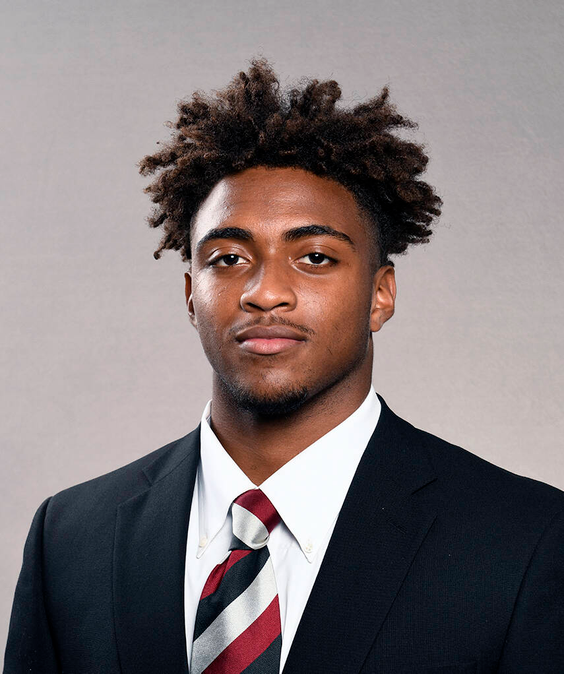 Freshman EDGE rusher who has shown a burst… figures to add depth to the position in his first season in Columbia.

HIGH SCHOOL
Graduated from Foundation Academy in Winter Garden, Fla. in 2022… the Lions went 7-4 in his senior season of 2021… logged 70 tackles with 25 tackles for loss and 11.0 sacks as a senior… forced three fumbles and recovered one… also carried the ball 23 times for 188 yards and two touchdowns… coached by Andre Walker… considered the 128th-best player in the Sunshine State, the 57th-best EDGE rusher in the country and No. 964 overall in the 247Sports Composite.

PERSONAL
Bryan Tyjuan Thomas Jr. was born June 28, 2004… is a sport and entertainment management major… father, Bryan Thomas, was a first-round NFL Draft pick in 2002 after attending UAB… spent 10 seasons with the New York Jets totaling 442 tackles and 33.5 sacks and was an assistant coach on the staff at Foundation Academy.