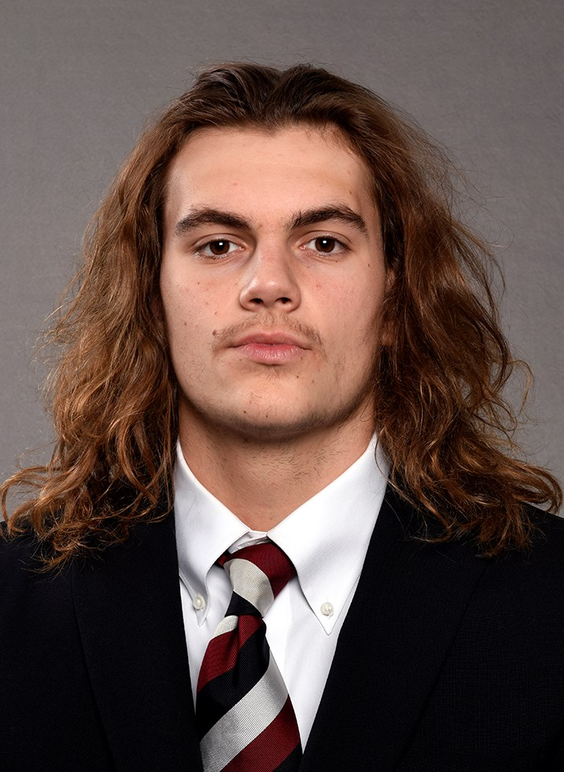 Redshirt freshman signal-caller who has gone through two springs with the squad… has a big arm… best trait is his physicality and size… very hard worker who understands the game… continues to develop at a solid rate.

2021 (Freshman)
Graduated from high school early and enrolled at South Carolina in January… went through the winter program and spring drills with the squad… saw action in one game, appearing in the season-opener against Eastern Illinois… connected his only pass attempt, a 19-yard completion… named to the SEC Fall Academic Honor Roll and the 2021-22 SEC First-Year Academic Honor Roll.

HIGH SCHOOL
Graduated in December 2020 from Hebron Christian Academy in Dacula, Ga.… ran an “Air Raid” offense… coached by Jeff Saturday… played 34 games during his three-year career for the Lions, completing 444-of-811 passes for 6,541 yards with 61 touchdowns… also rushed for 17 scores… as a senior, he was 156-of-300 passing for 2,052 yards with 22 touchdowns… led his team to a three-game run in the 2019 state playoffs as a junior, including its first win over Commerce High in 25 years… completed 143-of-252 passes as a junior for 2,401 yards with 20 touchdowns… was a member of the 2019 GACA All-State team and was an all-region performer… completed 145-of-259 passes for 2,088 yards with 19 TDs as a sophomore in 2018… also played varsity baseball… rated as the 51st-best player in Georgia, the 23rd-best pro-style quarterback in the country and No. 618 overall by 247Sports Composite… Rivals ranked him as the 26th-best player in the state and the No. 13 pro-style quarterback in the country.