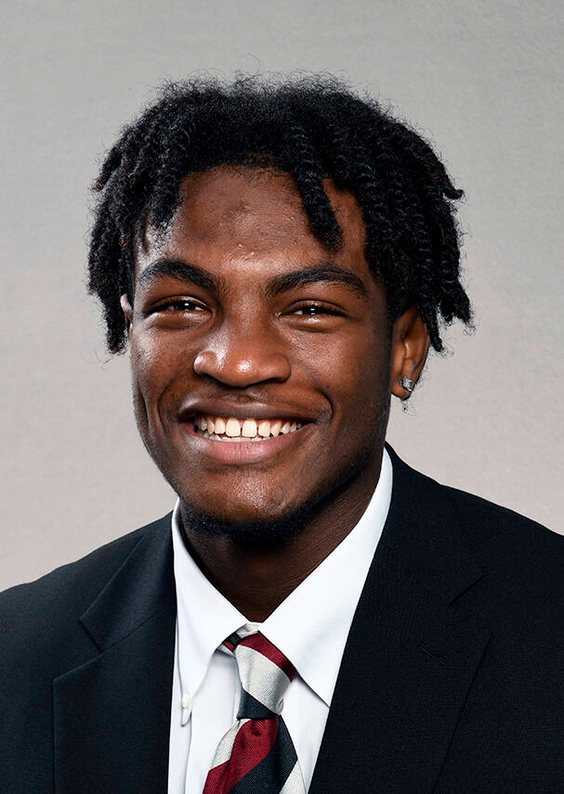 Transfer wide receiver from Arkansas State… listed as a junior with three years of eligibility remaining… can play all three wideout positions… big, physical player who can run… earned FWAA Freshman All-America honors last season in his second campaign in Jonesboro… appeared in 20 games over the past two seasons, collecting 75 receptions for 1,279 yards (17.1 per catch) and 14 touchdowns… also owns a rushing TD… owns four career 100-yard receiving games, including a career-best nine-catch, 310-yard, four-touchdown performance against ULM in 2020.

2021 (Sophomore)
Earned FWAA Freshman All-America honors as Arkansas State listed him as a frosh due to COVID-19 in 2020… second-team All-Sun Belt Conference by both the coaches and Phil Steele… CoSIDA First-Team Academic All-District 6… led the team and ranked fifth in the Sun Belt with 826 receiving yards on 59 catches… logged nine receiving touchdowns, leading the team and ranking second in the league… had two multi-touchdown games… finished with two carries for 20 yards and a touchdown… collected three 100-yard receiving games including a season-high 138 yards on nine receptions and a season-high three touchdowns against Central Arkansas in the season opener… named the SBC Offensive Player of the Week and the CSM Sun Belt Conference Offensive Player of the Week for his efforts… recorded a long reception of 37 yards at Tulsa, a game where he also finished with 115 receiving yards… posted a seven-catch, 81-yard, 2-TD outing against Georgia Southern… had a seven-catch, 103-yard effort against ULM… also scored a rushing TD in that contest… had four games with at least seven catches… caught eight passes for 85 yards and a score in the season finale against Texas State… during A-State’s spring camp, earned the team’s offensive “consistency in performance” award… Arkansas State Athletic Director’s Honor Roll member.

2020 (Freshman)
Saw action in eight games as a true freshman, including one as a starter… completed the season with 16 receptions for 453 yards and five touchdowns… named the Sun Belt Conference Offensive Player of the Week, College Football Performance (CFPA) National Performer of the Week and College Sports Madness National Player of the Week, while also earning an ESPN College Football Helmet Sticker for his performance in A-State’s season finale against ULM… broke the NCAA FBS record for single-game receiving yards by a freshman during the ULM contest, recording a school-record 310 yards and four touchdowns on nine receptions… his 310 yards against the Warhawks were also the second most in Sun Belt Conference history and the most by an FBS player since 2016… tied the school record for touchdown receptions in a game with four, which also matched the second most ever by a Sun Belt player… averaged 34.4 yards per catch in the contest for the fifth-best average in SBC history… caught at least one pass in six games, including three with multiple receptions… also posted one touchdown reception against UCA… was a member of the Arkansas State Athletics Director’s Honor Roll.