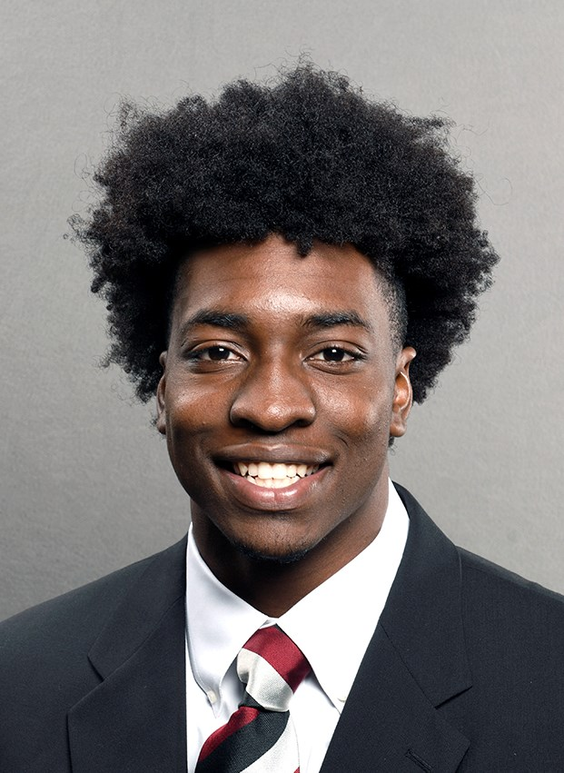 Linebacker who is beginning his third season with the squad… versatile performer who has shown quickness and instincts… can play in space… can play all three positions… has appeared in a dozen games over the past two seasons.

2021 (Redshirt Freshman)
Placed on scholarship in September… played in 10 games… credited with four tackles, logging stops against Georgia, Troy, Texas A&M and Florida… also had a pass breakup against Georgia.

2020 (Freshman)
True freshman walk-on who enrolled at South Carolina in January and went through the abbreviated spring drills… worked as an outside linebacker… saw action in each of the final two games of the season, appearing against Georgia and Kentucky… credited with six tackles – two versus the Bulldogs and four against the Wildcats… named to the SEC First-Year Academic Honor Roll.

HIGH SCHOOL
Graduated from Fort Dorchester High School in North Charleston, S.C. in December 2019… played linebacker for the Patriots and head coach Steve Laprad… was an all-state selection by the SC Football Coaches Association… selected for the Shrine Bowl of the Carolinas… a three-year starter, posted 85 tackles, eight sacks and 21 tackles for loss as a senior, helping his squad to an 11-1 campaign… as a junior, logged 65 tackles with six sacks and 19 TFLs.