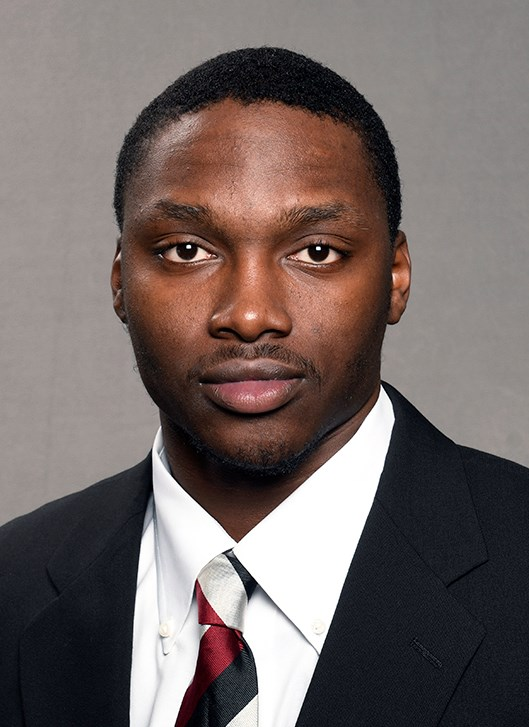 Fourth-year player who is in his second year in Columbia after spending two seasons at Georgia Southern… will contend for a starting role in the secondary… did not practice in the spring while recovering from off-season surgery.

2021 (Redshirt Sophomore)
Transfer defensive back from Georgia Southern who enrolled at Carolina in January and went through spring drills… appeared in all 13 games, making five starts while splitting time at the nickel position with Carlins Platel… earned the starting assignment against Eastern Illinois, East Carolina, Kentucky, Troy and Tennessee… credited with 21 tackles… logged three pass breakups… returned an interception 74 yards for a touchdown in the win over Troy… also had a career-high five stops against the Trojans… forced a fumble against Kentucky… named to the SEC Fall Academic Honor Roll and 2021-22 SEC First-Year Academic Honor Roll.

2020 (Redshirt Freshman)
Played in eight games as a cornerback for Georgia Southern and head coach Chad Lunsford… saw action on 59 total snaps, 45 on defense and 14 on special teams… recorded seven tackles along with a pass break up and an interception… notched a pass breakup at Georgia State… highlight of his season came when he returned an interception 28 yards for the opening score against Appalachian State… finished with four tackles against the Mountaineers.

2019 (Freshman)
True freshman defensive back at Georgia Southern… did not see any game action… redshirted… earned a spot on the Honor Roll in the spring.

HIGH SCHOOL
Graduated from the Bradwell Institute in Hinesville, Ga., in 2019… played both ways for the Tigers… had 43 tackles and a pair of interceptions as a senior… caught 20 passes for 318 yards and a pair of scores… an All Region 2-6A first-team selection… a first-team selection to the All-Greater Savannah football team as selected by The Savannah Morning News… rated as the No. 86 cornerback in the country and the No. 90 player in the state of Georgia by 247Sports… ranked the No. 104 player in the state by Rivals… a member of the Big 22 Preseason Football Squad, as selected by WJCL in Savannah.

David Devontae Spaulding was born June 5, 2001… is a sociology major.