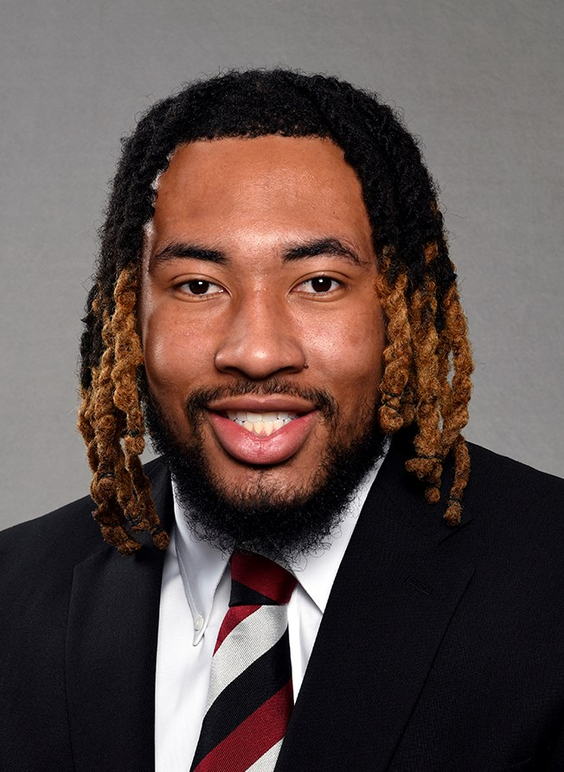 Transfer from Delaware who is in his second season with the squad… expected to make more of a contribution at linebacker this season after getting his feet wet at the FBS level in 2021… always around the ball… can diagnose plays and likes to hit… plays with a physical inside presence… still learning the game… looks to work his way into the two-deep to get quality playing time… is s a key contributor on the special teams.

2021 (Redshirt Freshman)
Joined the team in the spring… played in all 13 games, primarily on special teams… made a name for himself quickly when he blocked two punts in the season-opener against Eastern Illinois… became the first SEC player to record two blocked punts in a game since Florida’s Chris Rainey in 2010… named the SEC Co-Freshman of the Week for his efforts… prior to that contest, the Gamecocks had not blocked a punt since 2014… credited with six tackles, including five solo stops… credited with one pass break up… notched a pair of tackles against both Vanderbilt and Texas A&M.

2020 (Freshman)
Spent the fall at the University of Delaware… the Blue Hens season was postponed until the spring of 2021.

HIGH SCHOOL
Graduated from Smyrna (Del.) High School in 2020… was a four-year starter and two-time team captain for the Eagles… helped his team to a pair of state titles… named the 2019 DIAA Defensive Player of the Year… set school single-season records with 153 tackles, including 32 tackles for loss and eight sacks… racked up nearly 500 career tackles… was a three-time all-state honoree… coached by Mike Judy.

Darryl Lamar Williams was born May 13, 2002… is a broadcast journalism major who has started his own podcast.