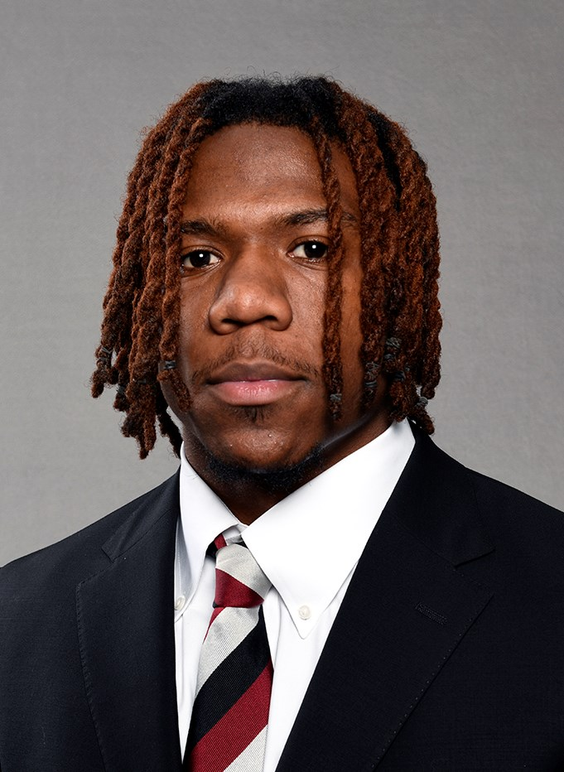 Graduate transfer from Central Michigan who enrolled in January… was a four-year starter for the Chippewas… adds a veteran, mature voice to the room… has appeared in 43 games, including 41 starts over the past four seasons… collected 287 tackles and three interceptions from his safety position.

2021 (Redshirt Senior)
Earned second-team All-MAC honors from the league’s coaches and Phil Steele… helped Central Michigan to a 9-4 record… started all 12 games in the regular season at safety… did not appear in the Tony the Tiger Sun Bowl win over Washington State… recorded 74 tackles with 3.5 tackles for loss, a pair of interceptions, six pass breakups, a sack, a blocked kick and a fumble recovery for the Chippewas… logged a career-high 16 tackles against Northern Illinois… had 1.5 tackles for loss against Missouri… logged a sack versus Ohio… interceptions came against LSU (a pick-six) and Ball State… coached by Jim McElwain.

2020 (Redshirt Junior)
Earned third-team All-MAC honors… named to Phil Steele All-MAC fourth team and honorable mention All-MAC from ProFootballFocus… started all six games at safety… tied for second on the team with 42 tackles and was third on the team with 24 solo stops… made a season-high 11 tackles vs. Western Michigan… had eight tackles vs. Ohio… credited with seven solo stops vs. both Ohio and Western Michigan… first career INT came at Eastern Michigan.

2018 (Redshirt Freshman)
Started in 11 of 12 games… ranked second on the team with 97 tackles… credited with three pass breakups… had 10 or more tackles in four games… logged 14 tackles, including 11 solos, and returning a fumble 20 yards for a score in the season-opener against Kentucky… both solo tackles and total tackles were career highs… named MAC West Division Defensive Player of the Week for his performance against the Wildcats… made 11 stops at Toledo… tallied 10 tackles, eight of them solos, vs. Bowling Green…credited with 10 tackles at Michigan State… made nine tackles vs. both Kansas and Eastern Michigan.

2017 (Freshman)
Redshirted in his first year at Central Michigan… did not see any game action.

HIGH SCHOOL
Graduated from Belleville (Mich.) High School in 2017… helped the Tigers to a 7-3 record as a senior… coached by Jermain Crowell… ranked 37th on the Detroit Free Press Fab 50 and 41st on Detroit News Blue Chip list… ranked No. 129 among safeties in the country by 247Sports Composite.