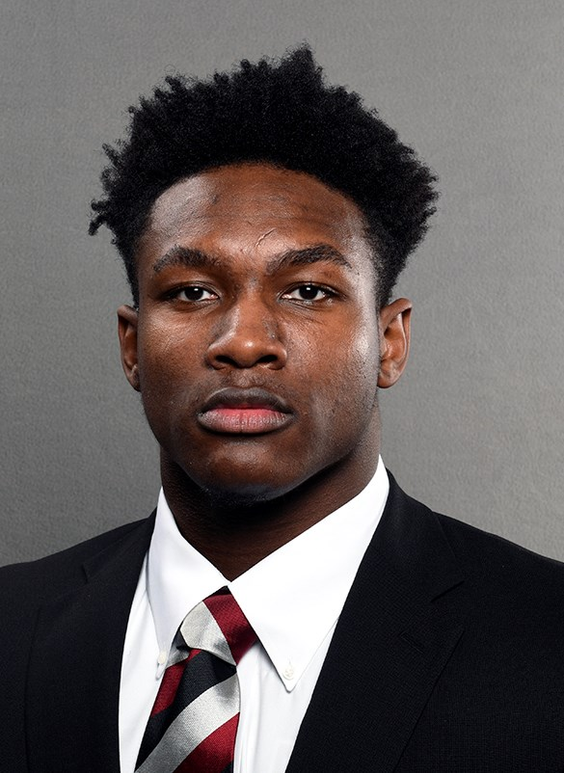 Fourth-year player who will work at an EDGE position for the second year after playing the BUCK/SAM spot under the previous regime… competing to make his mark… could help on special teams… has appeared in 10 games, making a pair of starts.

2021 (Redshirt Sophomore)
Saw action in three contests… played in each of the first two games against Eastern Illinois and East Carolina, then in the Duke’s Mayo Bowl versus North Carolina… did not record any statistics… named to the SEC Fall Academic Honor Roll.

2020 (Redshirt Freshman)
Played in six games with a pair of starts… played in just three of the first seven games, then got the starting nod at defensive end in each of the final two contests against Georgia and Kentucky… six of his eight tackles came against Georgia and the other two came at Kentucky… credited with eight tackles including a half sack… named to the SEC Fall Academic Honor Roll.

2019 (Freshman)
Enrolled at South Carolina in January and went through spring drills… saw action in one game as a true freshman, getting into the Charleston Southern contest… did not record any stats… selected by the coaches as the Defensive Scout Team Award winner… redshirted… named to the SEC First-Year Academic Honor Roll.

HIGH SCHOOL
Atlanta-area recruit who prepped at Booker T. Washington High School… graduated in December 2018… moved around on defense, playing end, in the middle and standing up on occasion… collected 45 tackles including 8.0 tackles for loss and 4.0 sacks… team posted a 7-4 record in 2018… coached by Derrick Avery… named to the 2018 Georgia 6-A All-Region first team… ranked as the 51st best player in the state of Georgia, the No. 35 weakside defensive end in the country and No. 494 overall by 247Sports Composite.

PERSONAL
Rodricus Javel Fitten was born March 10, 2000…. is an interdisciplinary studies major… was the first commitment of the 2019 signing class.