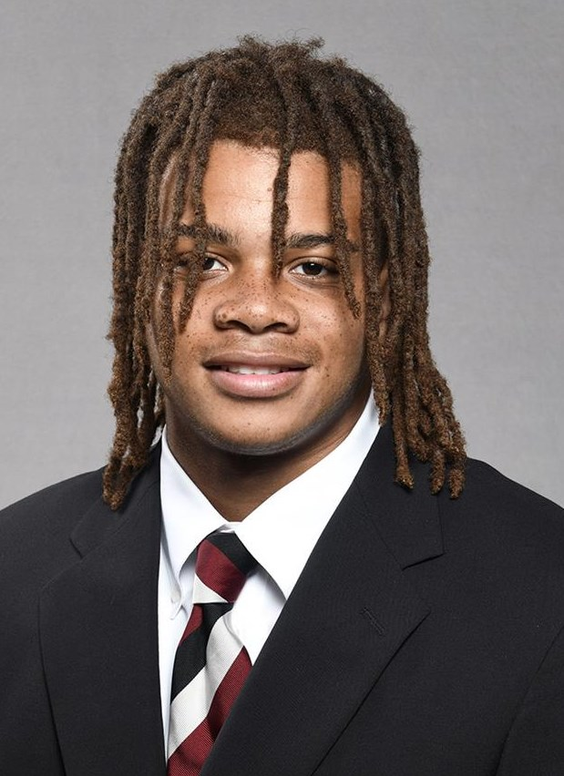 Third-year defensive back who is capable of playing multiple positions in the backend… penciled in to work at the nickel position… can do a number of things within any defensive scheme… has been hampered by injuries early in his career, limiting him to six games in two years… did not practice in the spring while rehabbing from shoulder surgery.

2020 (Freshman)
True freshman who saw limited action in four games in his first year with the Garnet & Black… appeared against Florida, Auburn, Georgia and Kentucky… did not record any statistics… redshirted… had foot surgery on December 8.

HIGH SCHOOL
Graduated from Sandy Creek High School in Tyrone, Ga. in 2020… a shoulder injury ended his senior season prematurely… the Patriots posted a 12-2 record and a spot in the state AAAA semifinals in 2019… played for Brett Garvin… began his prep career at Starr’s Mill… also competed in track & field… Rivals considered him the 56th-best player in the Peach State and the 51st-best cornerback in the country… ranked as the 69th-best player in Georgia, the 49th-best cornerback in the country and No. 666 overall in the 247Sports Composite.

PERSONAL
Joseph Cameron Hunter was born Oct. 28, 2001… is in the broadcast journalism program.