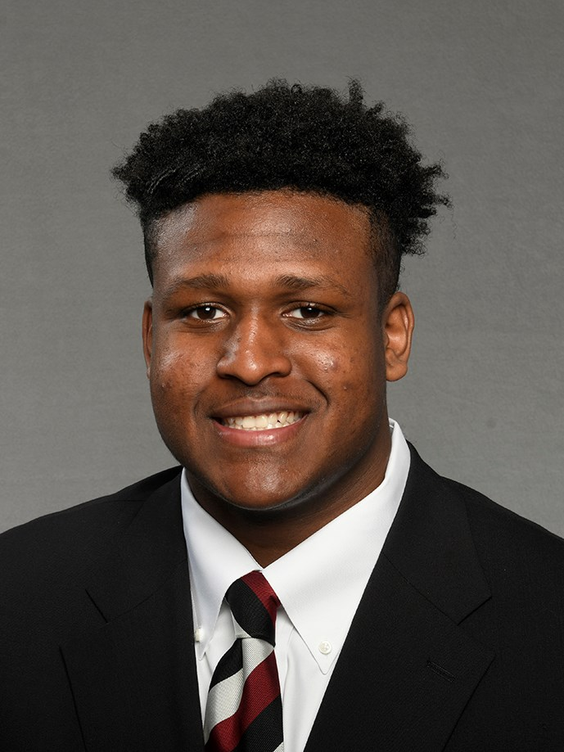 Redshirt freshman defensive lineman who looks to work his way into the rotation, most likely at strongside defensive end in his second season with the Gamecocks… built like an inside guy, but he can play on the outside… flashed the ability to rush the passer.

2019
True freshman who enrolled in January and went through spring drills… worked at defensive end… saw action in one game… appeared in the win over Charleston Southern… recorded one solo tackle in that contest… redshirted… named to the SEC First-Year Academic Honor Roll.

HIGH SCHOOL
Graduated from Oakland High School in Murfreesboro, Tenn. in December of 2018… coached by Kevin Creasy… the Patriots finished 14-1 and were the Tennessee Division I Class 6A state champions in 2018 after allowing just seven total points in their final four playoff games… logged 60 tackles with 16 tackles for loss and three sacks as a senior despite dislocating his elbow in week one… played at Siegel High School for three years before transferring to Oakland… considered the second-best player in the state of Tennessee, the nation’s eighth-best strongside defensive end and No. 134 overall according to 247Sports Composite… ranked 102nd in the country by Rivals and 240th on the ESPN300.