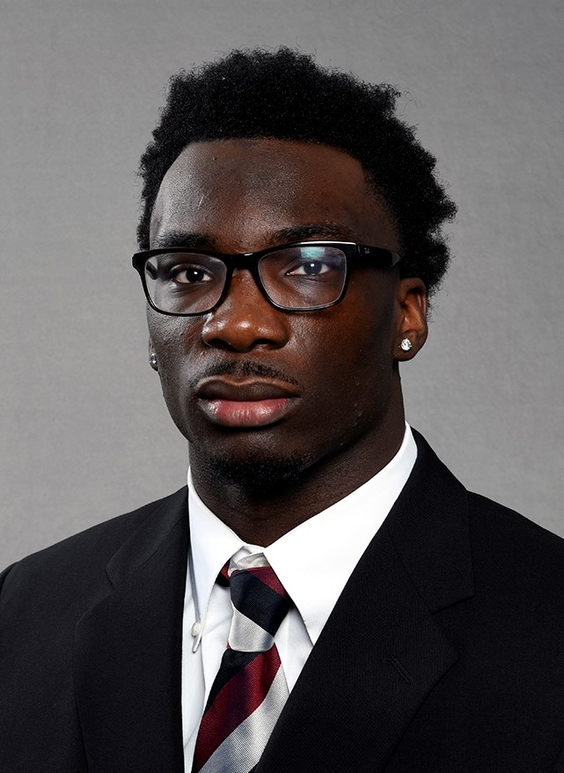 Transfer from Georgia who joined the Gamecocks in January 2022, shortly after the Bulldogs won the national championship… possesses good speed… long strider who is a good special teams performer and will develop as a running back after working at defensive back for the Bulldogs.

2021 (Freshman)
Attended the University of Georgia where he played for Kirby Smart… played defensive back for the Bulldogs… saw his first collegiate action in win over UAB… also played in wins over Vanderbilt, Charleston Southern and Georgia Tech… all of his stats came in the win over Charleston Southern… credited with three solo tackles and a pass breakup vs. CSU… enrolled at UGA in January 2021 and participated in spring drills… redshirted.

HIGH SCHOOL
Graduated from IMG Academy in December 2020… coached by Bobby Acosta… ranked as the No. 6 running back nationally, the No. 18 prospect in Florida, and 112 overall nationally… ranked on the PrepStar Top 150 Dream Team, the nation’s 10th-best running back prospect, No. 21 in Florida, and No. 127 nationally… Rivals considered him the fifth-best running back prospect in the country, the 19th-best prospect in Florida and No. 125 overall… ESPN.com rated him as the #15 RB nationally, and the 27th-best player in Florida… transferred to IMG Academy in 2019 after spending his freshman and sophomore year at Warren County High School in Warrenton, Ga… totaled 2,481 rushing yards on 242 carries in three seasons… recorded 464 yards and 7 touchdowns on 42 carries to help IMG Academy to a perfect 8-0 record and the #1 national ranking as a senior… averaged 10.3 a rush and 99.2 rushing yards per game with 40 total touchdowns, including 34 rushing TDs.