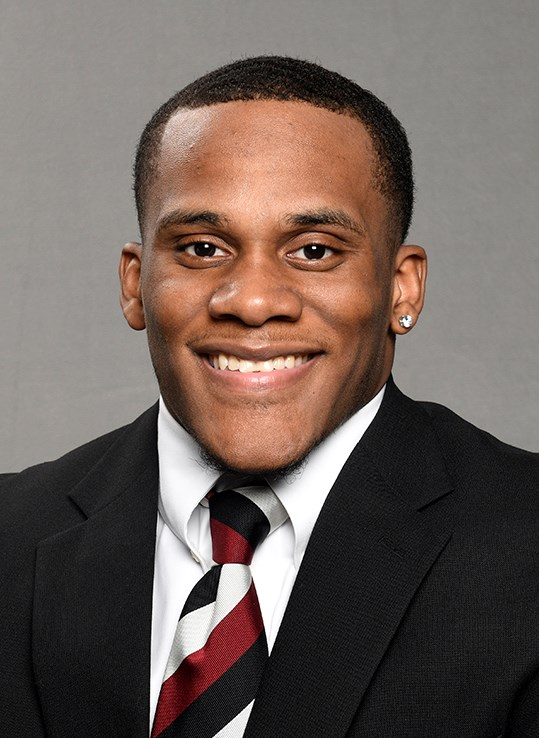 Highly-regarded talent who begins his third season with the squad… missed all of the 2020 season with a torn ACL… had a great off-season and is getting back to having full confidence in his body… leader in the room who will compete for carries in a deep and talented backfield.

2021 (Redshirt Freshman)
Got his first taste of college football after sitting out the 2020 season with a torn ACL… appeared in all 12 regular season games as he worked his way back into form… missed the bowl game with an injury… was the Gamecocks’ fourth-leading rushing with 64 carries for 228 yards and one touchdown… caught three passes out of the backfield for 44 yards… best game came in the opener against Eastern Illinois when he rushed 14 times for 55 yards… also had two receptions for 25 yards against the FCS Panthers… longest run was a 40-yard burst against Florida… scored his first career touchdown late in the Texas A&M contest… named to the SEC Fall Academic Honor Roll.

2020 (Freshman)
Enrolled at Carolina in January and went through the abbreviated spring drills… suffered a torn ACL in his left knee on the second day of fall camp and missed the entire season… named to the SEC First-Year Academic Honor Roll.

HIGH SCHOOL
Graduated from DeMatha Catholic High School in Hyattsville, Md. at mid-year… helped the Stags to a 7-4 mark as a senior while serving as a team captain… selected for the Opening Finals, the Under Armour All-American Bowl and for the Polynesian Bowl… earned the top spot on SportsCenter’s Top 10 plays after a 69-yard run against Good Counsel in which he hurdled a defender on his way to a touchdown… coached by Bill McGregor… also competed in the sprint events in track & field… Rivals considered him the third-best player in Maryland, the fourth-best running back in the country and No. 33 overall… rated the fourth-best player in the state of Maryland, the fifth-best running back in the country and No. 42 overall in 247 Sports Composite… considered the No. 56 player in the country in the ESPN300.