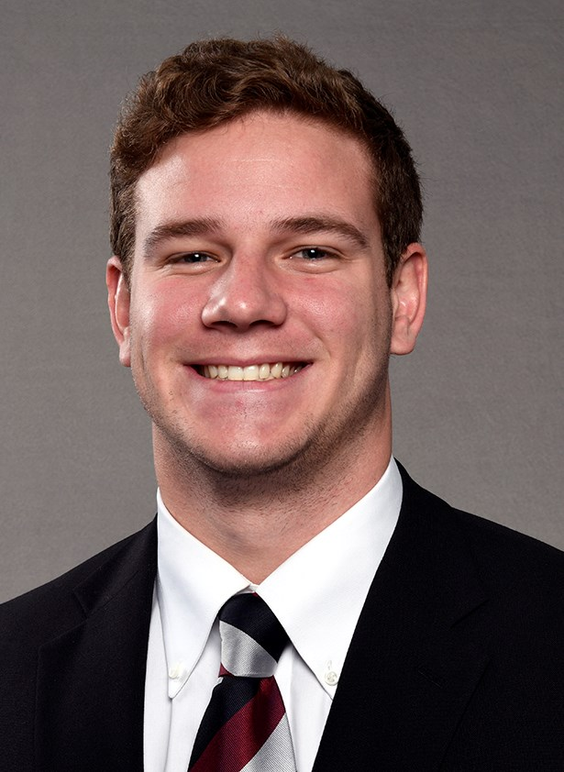 Fourth-year player who will compete for the deep snapping duties again in 2022… two-year letterman who has appeared in 23 games over the past three seasons… most experienced long snapper on the roster… very good short snapper on PATs and field goals… strength is in his accuracy.

Earned a scholarship for the 2021 season… handled the short snapping duties, working with placekicker Parker White and holder Kai Kroeger… played in 12 of 13 games… did not appear in the regular season finale against Clemson… the unit converted all but one kick during the season, hitting on 16-of-17 field goal attempts and all 30 extra point attempts… also served as the deep snapper on punts with Kai Kroeger for the season’s first eight games… named the first recipient of the Jake Panus scholarship on Sept. 22… named to the SEC Fall Academic Honor Roll.

2020 (Redshirt Freshman)
Appeared in all 10 games, taking every short and long snap in both placement and punting situations.

2019 (Freshman)
True freshman walk-on long snapper who was added to the roster at the start of fall camp… saw action in one game, appearing in the win over Charleston Southern… redshirted.

HIGH SCHOOL
Graduated from Deland (Fla.) High School in 2019… attended the Kohl’s Senior Challenge where he was considered one of the most athletic snappers in the 2019 class… was dominant during the Spring Texas Showcase and won the camp wide snapping competition with a 0.66 second snap time.