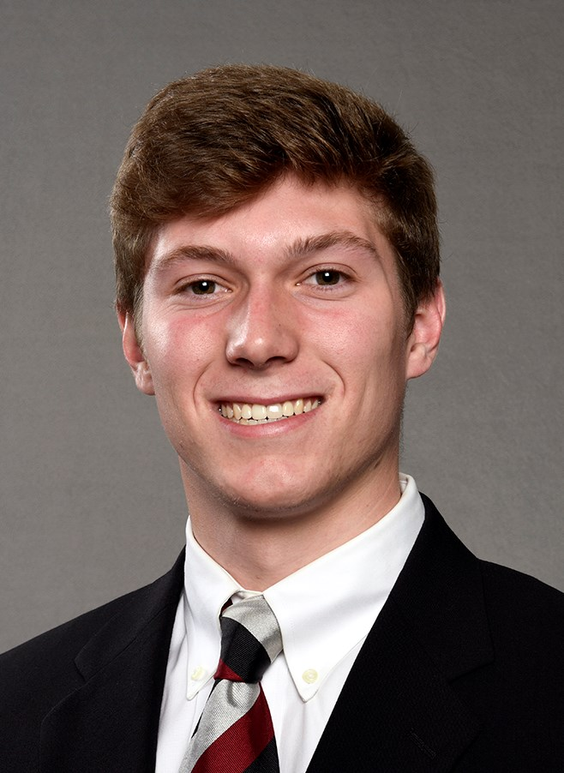 Third-year kicker who is a strong candidate to handle kickoffs again while competing for placekicking duties, replacing Parker White, the school’s all-time leading scorer… has shown outstanding leg strength on field goals and on kickoffs… gained game experience as the primary kickoff guy last year… looking for consistency in placements to gain the trust of the coaches… recognized as the co-Harold White GPA Award winner for the special teams at the 2022 Garnet & Black Spring Game.

2021 (Sophomore)
Sophomore kicker who handled the bulk of the kickoff chores for a second-straight season… appeared in 12 games… took 53 of the team’s 65 kickoffs… averaged 63.0-yards with 29 for touchbacks… connected on both of his extra point attempts against Eastern Illinois… named to the SEC Fall Academic Honor Roll.

2020 (Freshman)
True freshman who served as a kickoff specialist for much of the season… kicked off 41 times for a 58.2-yard average with 22 touchbacks (53.6 pct.)… named to the SEC First-Year Academic Honor Roll.

HIGH SCHOOL
Graduated from Cannon School in Concord, N.C. in 2020… was 8-for-10 in field goal attempts with a long of 57 yards for the Cabarrus (Cannon/Concord First Assembly Academy) Warriors… coached by Brad Hoover… competed at the 2019 Spring Southern Showcase and National Scholarship camps, and the Kohl’s Kicking Camp… also played soccer where he was an all-conference and all-region performer… was part of a team that made it to the semifinals of the North Carolina Cup… spent a week in England training inside Premier League stadiums including Arsenal, West Bromwich Albion and Nottingham Forest.