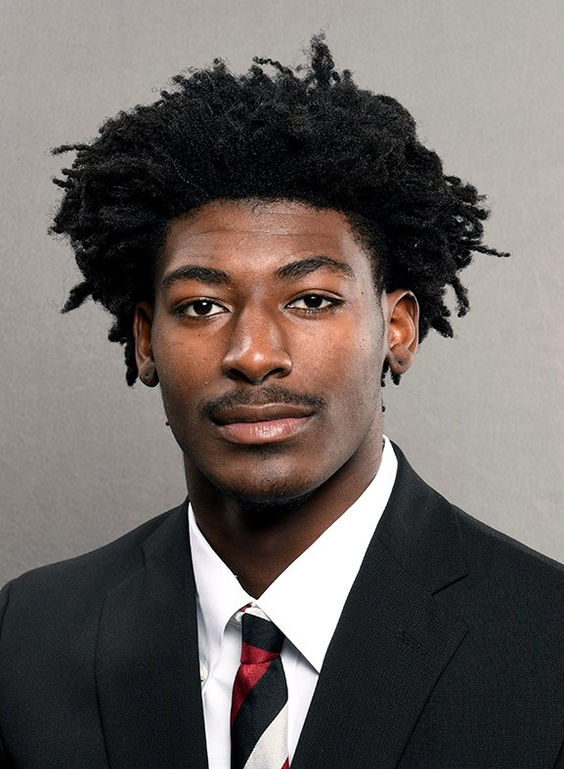 Third-year player who has an opportunity to work his way into the defensive back rotation… good athlete who provides some position flexibility… also a candidate for a special teams role.

2021 (Redshirt Freshman)
Appeared in eight games… recorded three tackles… credited with two of his three stops against Auburn… recovered a fumble at Georgia.

2020 (Freshman)
Enrolled in January and went through the abbreviated spring drills… began the spring working at safety but was moved to cornerback… saw action in each of the final three games of the season… credited with three tackles, all coming in the season finale at Kentucky… redshirted.

HIGH SCHOOL
Graduated from Sumter (S.C.) High School mid-year and enrolled at South Carolina in January 2020… played both cornerback and safety… also handled punt and kickoff returns… logged 42 tackles with five tackles for loss and three interceptions as a senior… the Fighting Gamecocks posted a 10-1 record in 2019, falling in the second round of the Class 5A state playoffs… named first team all-state by the South Carolina coaches… selected to the Shrine Bowl of the Carolinas… as a junior in 2018, he led Sumter with five interceptions along with 48 tackles, three tackles for loss and one fumble recovery… collected 84 career tackles with eight tackles for loss and eight interceptions… coached by Mark Barnes… also played basketball and competed on the track & field team in the sprints and jumps… Rivals considered him the 13th-best player in the Palmetto State… ranked as the 11th-best player in South Carolina, the 57th-best safety in the country and No. 747 overall in the 247Sports Composite.

O’Donnell Omari Fortune was born Sept. 8, 2001… is pursuing a degree in sport and entertainment management.