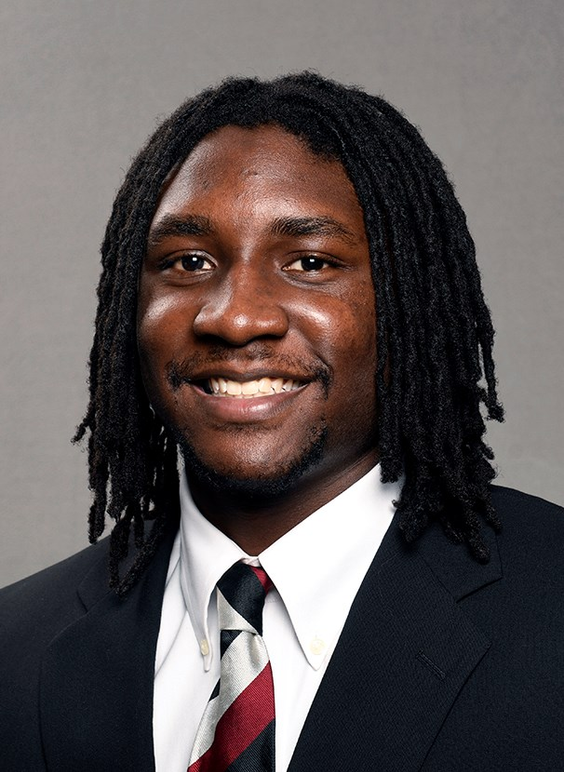 A sixth-year wide receiver, “Dreak” has weathered a rash of injuries since his arrival on campus… if healthy, talented enough to where he could contribute in the wide receiver rotation… did not practice in the spring while continuing to recover from injuries… has appeared in 19 games over the past five seasons with three starts, but has not seen game action since the midway point of the 2018 season… four of his 12 career receptions came in the 2018 Outback Bowl win over Michigan.

Was not available in the spring after suffering a stress fracture in his lower leg… had a rod surgically implanted to help with the healing process… opted out of the season due to COVID-19.

Suffered a high ankle sprain during fall camp which sidelined him for the entire season… received a medical redshirt and a sixth-year of eligibility.

Saw action in each of the first six games of the season before injuries curtailed his campaign… had two receptions for 23 yards and a touchdown… found the end zone for the first time as a Gamecock with a 27-yard touchdown reception versus Coastal Carolina… missed much of the spring with a groin injury.

Second-year receiver who appeared in 11 games, making a pair of starts… caught seven passes for 55 yards… missed much of preseason camp with a soft tissue injury and did not play in the opener against NC State… made his first catch of the year vs. Kentucky… caught two passes for 23 yards and added one yard rushing in the Louisiana Tech win… made his first start of the season versus Clemson and gained five yards on one rushing attempt… caught a career-high four passes for 23 yards against Michigan in the Outback Bowl win… sat out most of the spring after undergoing surgery for a sports hernia.

True freshman who played in two games with one start… logged three catches for 45 yards… caught one pass in the Mississippi State game, going for 13 yards… made his first start in the East Carolina win… caught two passes for 32 yards and carried the ball one time for seven yards against the Pirates… suffered a hamstring injury in practice and did not play again… redshirted.

Randrecous Davis was born Sept. 27, 1997… is an interdisciplinary studies major who graduated in December 2020.