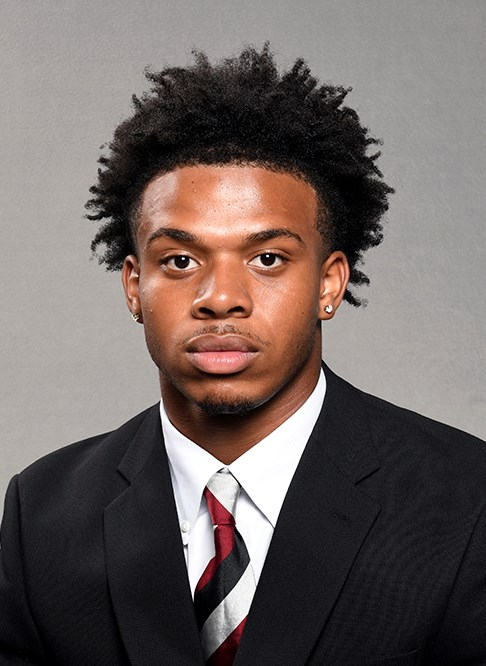 A candidate for playing time in a deep and competitive backfield… got a taste of SEC football as a true freshman in 2020… considered a tough, hard-nosed runner with speed, power and agility… could also help on special teams.

2021 (Redshirt Freshman)
Provided depth at the running back position… did not see any game action.

2020 (Freshman)
Played in three games as a true freshman… carried 18 times for 99 yards, 5.5-yards per carry… ranked third on the squad in rushing yards… made his debut against LSU in game 5, then saw action against both Georgia and Kentucky in the season’s final two games… logged six rushes for 39 yards against Georgia, then carried a dozen times for 60 yards at Kentucky, including a long of 34 yards… also caught three passes for 13 yards, including a career-best two receptions for eight yards against Kentucky.

HIGH SCHOOL
Graduated from Sandy Creek High School in Tyrone, Ga., in 2020… rushed for 1,324 yards with 30 touchdowns and added 478 yards and six scores receiving as a senior, helping the Patriots to a 12-2 record and a spot in the state AAAA semifinals… rushed for 939 yards on 133 carries and finished with 12 rushing touchdowns as a junior in 2018, leading the Patriots to a 7-4 mark… logged 2,681 yards rushing in his career… scored 56 career touchdowns, including 49 on the ground… coached by Brett Garvin… Rivals ranked him as the 72nd-best player in Georgia and the 39th-best running back in the country… 247Sports composite rated him as the 70th-best running back in the nation and the 114th-best player in Georgia.