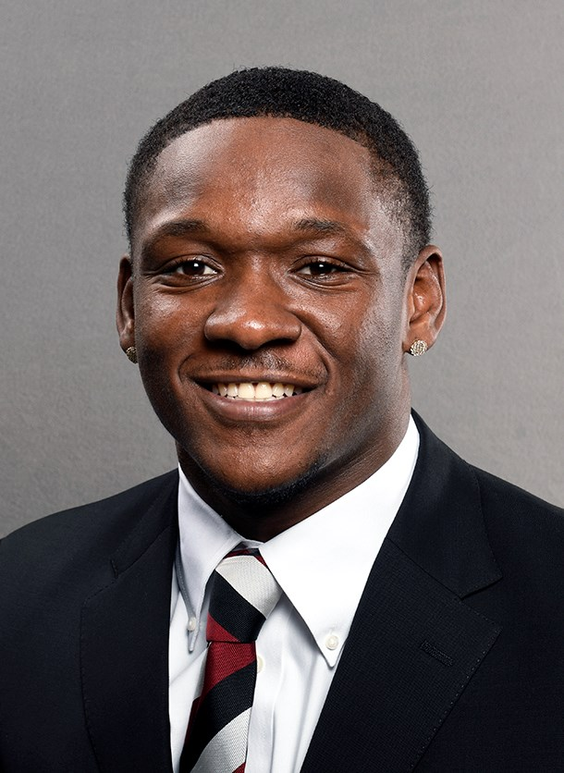 “Super Senior” who returns for another campaign after both his 2020 and 2021 seasons were cut short early in the year by injury… has appeared in just four games over the past two seasons due to season-ending injuries after logging 35 appearances in the previous three campaigns… owns 28 career starts… instinctive player who is quick sideline-to-sideline… veteran who brings versatility, speed, leadership and playmaking ability… has collected 138 tackles with 10.5 tackles for loss… owns an interception, a fumble recovery and a forced fumble along with three quarterback hurries… a regular member of the SEC Academic Honor Roll.

2021 (Redshirt Senior)
Suffered a serious right ankle injury on the second play from scrimmage at Georgia in game three and missed the remainder of the season after undergoing surgery… it marked the second-straight year that his season ended prematurely due to injury… started each of the first three games at the MIKE linebacker position… credited with seven tackles, including a tackle for loss… had with five stops at East Carolina… named to the SEC Fall Academic Honor Roll.

2020 (Senior)
Opened the season as a starter at WILL linebacker… suffered a fracture in his hip in the opener against Tennessee and missed the rest of the season… credited with one tackle… redshirted… named to the SEC Fall Academic Honor Roll.

2019 (Junior)
Played in all 12 games making nine starts… came off the bench in the first three games before working his way back into the starting lineup… collected 35 tackles including 6.5 tackles for loss… had a season-high seven tackles including a career-best 3.0 tackles for loss against Appalachian State… had five stops against three SEC opponents – Kentucky, Georgia and Tennessee… named the Jim Carlen Special Teams Player of the Spring… named to the SEC Fall Academic Honor Roll.

2018 (Sophomore)
Sophomore linebacker who started all 13 games… ranked second on the team with 73 tackles, including 3.0 tackles for loss… also credited with one interception, two pass breakups, a quarterback hurry, one forced fumble and a fumble recovery… set a then-career high with six tackles against Georgia… made the biggest play of his career in the Missouri win, intercepting a screen pass and racing 12 yards for a third-quarter touchdown… had his best day against Texas A&M, with a team-best and career-high 12 tackles, 1.0 tackle for loss and one pass breakup… collected eight tackles in the win over Tennessee… registered seven tackles at Clemson… credited with both a forced fumble and a fumble recovery against Akron, … named to the SEC Fall Academic Honor Roll.

2017 (Freshman)
True freshman linebacker who played in 10 games, making a pair of starts… collected 22 tackles including 18 solo stops… made his debut in the victory over NC State, tallying two tackles… logged three tackles against both Kentucky and Texas A&M… made his first start against Arkansas and was credited with four stops… missed the Vanderbilt and Georgia games with an injury but returned to play against Florida… set a career high with five tackles in a start against Clemson… was injured and did not play in the Outback Bowl win over Michigan… named to the First-Year SEC Academic Honor Roll.

PERSONAL
Sherrod Maleik Greene was born June 4, 1998… is a criminal justice major who graduated in May of 2021.