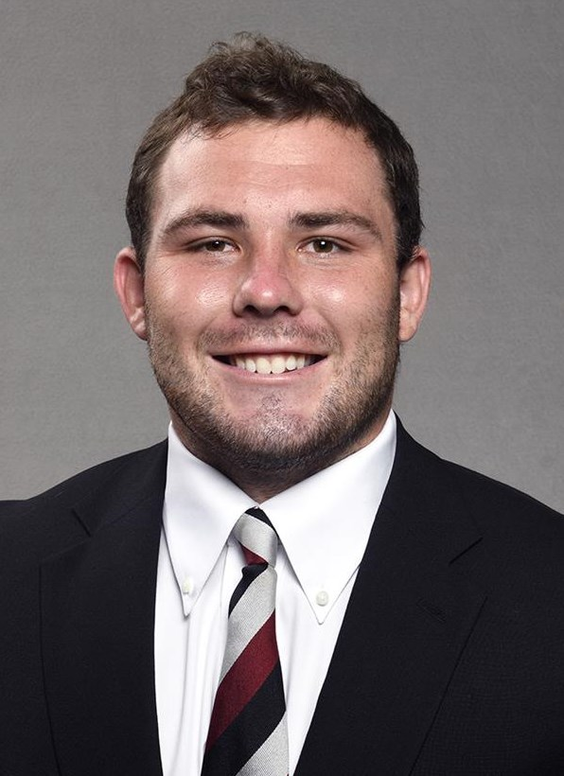 Walk-on running back who provides depth… local product who prepped at Lexington High School in the Columbia metropolitan area… has four carries for 46 yards in two contests during his Gamecock career.

2019
Reserve running back who worked with the scout team… did not see any game action… presented with the Scout Team Award for the offense by the coaches following the season… named to the SEC Fall Academic Honor Roll for the second time in his career.

2018
Backup running back who saw action in two contests… had four carries for 46 yards in the season-opener against Coastal Carolina with a long of 28 yards… also appeared in the Chattanooga game, but did not have any carries… got extensive work in the spring as injuries took a toll on the scholarship running backs… named to the SEC Fall Academic Honor Roll.

2017
Walk-on who joined the team in the fall as a redshirt freshman… worked with the scout team in his first year on campus.

2016
Originally signed a letter of intent to play at Charleston Southern… enrolled full-time at Midlands Tech, beginning his eligibility clock.

HIGH SCHOOL
Graduated from Lexington (S.C.) High School in 2016… helped the Wildcats to a 13-2 record as a senior… Lexington reached the Class AAAA Division II state championship game… rushed for over 2,000 yards as a senior and eclipsed 3,600 yards on the ground in his career.

PERSONAL
Hunter Slade Carroll was born Jan. 18, 1998… is a public health major who graduated in May… has Type 1 diabetes… grandfather, Thomas Traynam, played both football and baseball at South Carolina in the early 1960s.