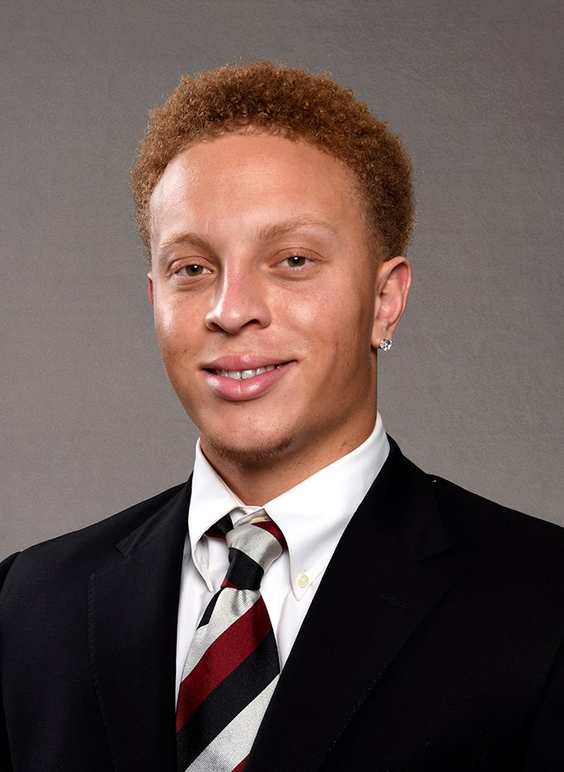 Highly-regarded transfer who enrolled at South Carolina for the spring semester… a post-season honors candidate… NFL-type talent with confidence, toughness and experience… played in 23 games over three seasons at Oklahoma under head coach Lincoln Riley, posting a 15-2 record as a starter… completed 70.1 percent of his passes (361-for-515) for 4,595 yards with 40 touchdowns and 12 interceptions… also rushed 127 times for 260 yards… twice completed 30 passes in a game… threw for a career-high 387 yards against Kansas State in 2020… tossed five touchdowns against Western Carolina in 2021 and had three other games with four TD passes… threw at least one touchdown pass in 16 of his 17 career starts… named the Joe Morrison Offensive Player of the Spring… invited to the Manning Camp over the summer.

2021 (Redshirt Sophomore)
Played in nine games at Oklahoma, starting each of the first six… completed 140-of-187 passes for 1,483 yards with 11 touchdowns and five INTs… ranked first in the Big 12 and second nationally in completion percentage (74.9) and fourth in the Big 12 in passing efficiency rating (155.5)… matched his career high with 30 completions against Tulane when he threw for 304 yards in the season opener… tied a school record for TD passes in a half with five vs. Western Carolina… went 22-for-25 against Kansas State and completed 55 of his last 68 pass attempts (81 pct.).

2020 (Redshirt Freshman)
Davey O’Brien Award Semifinalist… named national freshman of the year by CBS Sports… became second OU quarterback to be named an FWAA Freshman All-American (Sam Bradford)… a first-team AP All-Big 12 selection and the organization’s co-Big 12 newcomer of the year… an Academic All-Big 12 First Team honoree… started all 11 games… completed 214-of-317 passes for 3,031 yards and 28 touchdowns with seven interceptions… rushed 81 times for 160 yards and six TDs… passed for at least 200 yards in 10 games and for at least two TDs in nine contests… had 15 touchdown passes and just two interceptions in last seven games… his 92.5 passing grade by PFF ranked third nationally (behind BYU’s Zach Wilson and Heisman finalist Mac Jones of Alabama)… ranked by PFF as nation’s 13th-best player regardless of position… led nation’s freshmen in passing touchdowns, passing offense (275.5 ypg) and total offense (290.1 ypg)… among all players who played at least six games, ranked eighth in passing TDs, ninth in yards per pass attempt (9.6), 10th in pass efficiency rating (172.6), 14th in completion percentage (67.5), 15th in passing offense and 16th in yards per completion (14.2)… completed 14 of 23 passes for 247 yards and three touchdowns, and rushed seven times for 40 yards and a score in Cotton Bowl win over No. 10 Florida… named Most Outstanding Player of Big 12 Championship after completing 22-of-34 passes for 272 yards and a touchdown and rushing for a 9-yard score in win over No. 8 Iowa State… accounted for five touchdowns (four passing, one rushing) in win over No. 14 Oklahoma State… completed 17-of-24 passes (71 pct.) for 301 yards, four TDs and no interceptions (good for his second-best passer rating of the season [231.2]) and rushed for a 9-yard score against OSU… named Davey O’Brien QB of the Week, Big 12 Offensive Player of the Week and Big 12 Newcomer of the Week following his performance vs. the Cowboys… registered 212 yards on 15 of 27 passing and a TD and rushed for a score in just over one half of play vs. Kansas… completed 21 of 30 passes for 288 yards and two touchdowns as Sooners mounted six consecutive scoring drives at Texas Tech… threw for 332 yards and two TDs (including a 61-yarder) on 13 of 22 passing at TCU… completed 23 of 35 passes for 209 yards and three TDs and rushed for a career-high 51 yards and a score on 14 carries in quadruple-overtime win over No. 22 Texas… was 15-of-22 for 135 yards and two TDs after halftime against the Longhorns… completed 25-of-36 passes for 300 yards and two TDs and rushed for 20 yards and a score at Iowa State… posted career highs of 30 completions, 41 attempts, 387 yards and four touchdowns vs. Kansas State… completed 14-of-17 passes for 290 yards and four touchdowns vs. Missouri State in first career start… became first Oklahoma freshman quarterback to throw four touchdown passes in first start… also set OU freshman records for passing efficiency rating (303.3), yards per completion (23.7) and yards per attempt (17.1) vs. MSU… his passing efficiency rating vs. Missouri State set a Big 12 freshman record and rated as the third highest in school history regardless of class.

2019 (Freshman)
Saw action in three games… completed 7-of-11 passes for 81 yards and a touchdown… ran three times for 23 yards… was 1-for-3 passing for eight yards and ran once for eight yards vs. No. 1 LSU in CFP Semifinal at the Peach Bowl… was 2 for 4 through the air for 23 yards vs. Texas Tech… completed all four pass attempts for 50 yards and his first career touchdown (9 yards) in collegiate debut vs. South Dakota… also ran for 15 yards on two carries in the contest.

HIGH SCHOOL
Graduated from Pinnacle High School in Phoenix, Ariz. in 2019… five-star recruit by 247Sports and Rivals and a four-star prospect by ESPN… the consensus No. 1 quarterback in the class of 2019… an All-American Bowl selection… led his team to the 7-on-7 title at The Opening… Elite 11 quarterback competition MVP… rated ninth overall in the 2019 class by 247Sports, 13th by Rivals and 29th by ESPN… touted as the No. 1 recruit in Arizona by 247Sports, ESPN and Rivals… threw for an Arizona state record 11,083 yards in his career with 116 passing touchdown… ran for over 1,000 yards in his career with 14 rushing TDs.