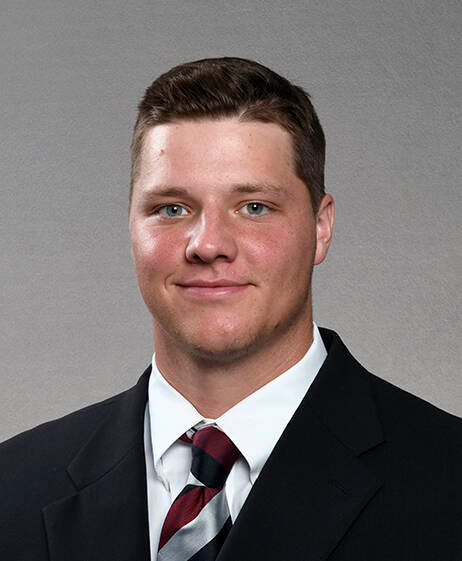 True freshman linebacker prospect… looks to continue to learn the system and get stronger as a true freshman.

HIGH SCHOOL
Graduated from Madison-Ridgland Academy in Jackson, Miss. in 2022… was also an outstanding baseball player… was a semifinalist (top 15) for the high school Butkus Award… selected to play in the Under Armour All-America game… named the MAIS 6A Defensive Player of the Year after leading the Patriots to an 11-3 record and the state championship… also named the WAPT/Blitz 16 Player of the Year… led the Patriots with 125 tackles, 26 TFLs and 11 sacks as a senior… credited with 99 tackles, 11 TFLs and five sacks as a junior… logged 61 tackles with 14.5 TFLs and four sacks as a sophomore in 2019… coached by Herbert Davis… considered the seventh-best player in the state of Mississippi, the 28th-best linebacker in the nation and No. 285 overall by 247Sports Composite… rated as the 14th-best player in the state and the 13th-best inside linebacker in the country by Rivals… rated No. 230 on the ESPN300 list.