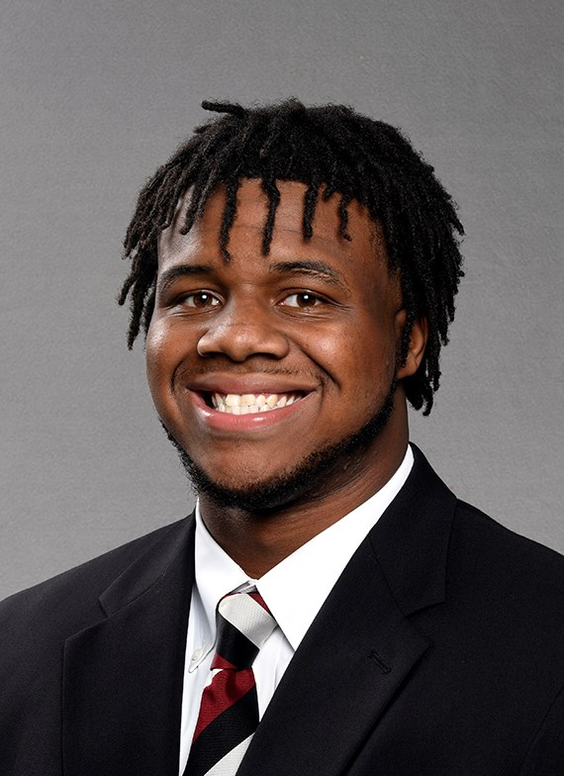 Defensive lineman who really showed progress through the fall and into the spring… big, athletic player who will push for consistent playing time this fall.

2021 (Freshman)
True freshman defensive lineman who saw action in two contests… appeared in both the season opener against Eastern Illinois and in the season finale against North Carolina in the Duke’s Mayo Bowl… credited with a quarterback hurry versus EIU… redshirted in his first season with the Garnet & Black.

HIGH SCHOOL
Played defensive tackle and tight end at Marion (S.C.) High School, graduating in 2021… helped the Swamp Foxes reach the Class 2A state championship game as a senior in 2020… named the HSSR-SCHSL AA Defensive Player of the Year… posted 26 tackles with five tackles for loss and a pair of sacks as a junior in 2019… coached by Randall State… also played basketball… averaged a double-double on the hardwood as a junior, earning 6-3A Player of the Year accolades… rated as the eighth-best player in South Carolina, the 40th-best defensive tackle in the country and No. 662 overall by 247Sports Composite… Rivals ranked him as the seventh-best player in the state.