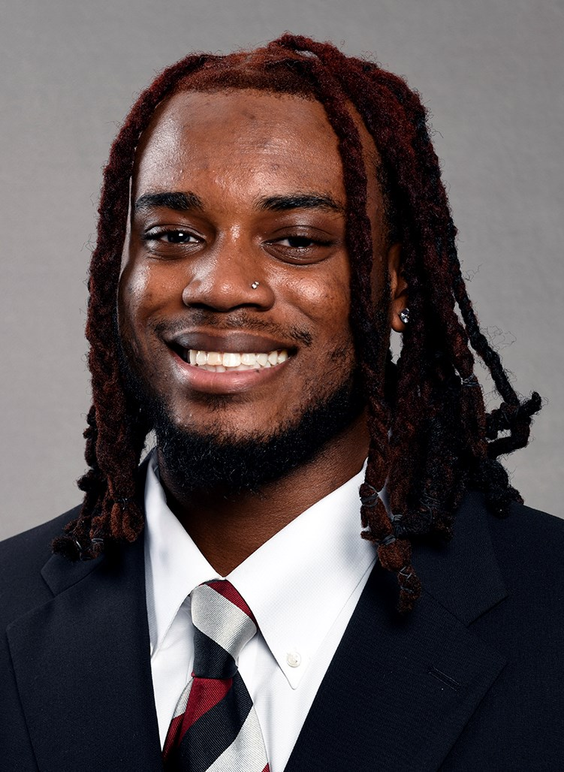 EDGE rusher who has spent the past three seasons at NC State… arrived in Columbia in the spring of 2022… adds quality depth to the room… capable of playing both outside and inside if needed… appeared in 26 contests for the Wolfpack, making six starts with 42 career tackles.

2021 (Redshirt Sophomore)
Underwent off-season surgery which caused him to miss spring drills, the summer program and lingered into the fall… appeared in 10 games… credited with six tackles overall… had two stops against Furman.

2020 (Redshirt Freshman)
Was the recipient of the Philip Rivers Award, given to the team’s top rookie… played in 12 contests, starting six games… credited with 36 tackles… logged 9.0 tackles for loss… led all ACC freshmen and with 4.5 sacks… tallied a career-best nine tackles in the win over Duke, including 1.5 TFLs… forced a pair of fumbles.

2019 (Freshman)
Saw action in four games, all on special teams… did not record any statistics… redshirted.

HIGH SCHOOL
Graduated from Cox Mill High School in Concord, N.C. in 2019… the Chargers were coached by Craig Stewart… posted 89 tackles with 13 sacks and 25 tackles for loss as a senior in 2018… also forced four fumbles… named to the All-South Piedmont 3A conference team… logged 59 tackles and nine sacks as a junior… considered the 27th-best recruit in North Carolina and the No. 40 strong-side defensive end nationally by 247Sports… ranked 28th in the Tar Heel State by Rivals.