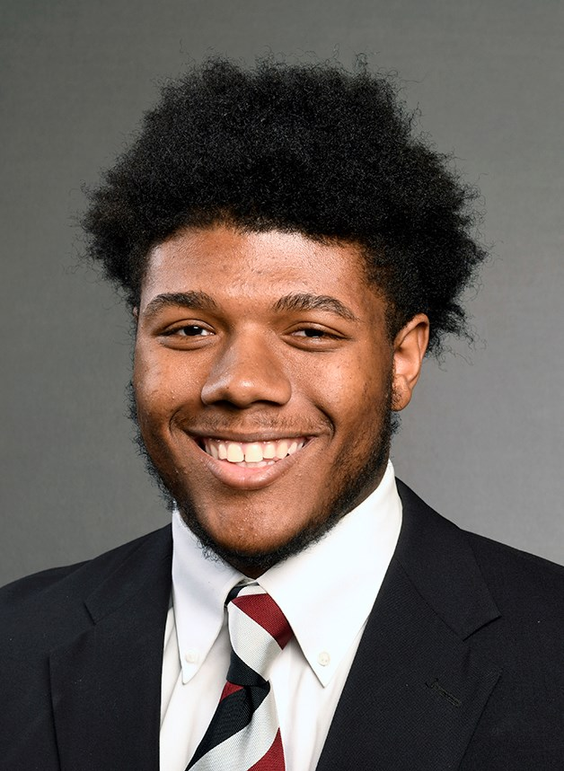 Fifth-year player who has already been granted a sixth-year of eligibility due to a rash of injuries that have plagued his career… physical player with heavy hands and a sneaky pass rusher.

2021 (Redshirt Sophomore)
Listed as a redshirt sophomore for the second-straight season after injuries derailed the first years of his Gamecock career… appeared in two games… played in the season opener versus Eastern Illinois and in the season finale against North Carolina in the Duke’s Mayo Bowl… credited with his lone tackle against the Panthers… named to the SEC Fall Academic Honor Roll.

2020 (Redshirt Sophomore)
Worked his way back following off-season knee surgery… was not available in the spring after having surgery for a subluxed kneecap… did not see any game action… a member of the SEC Fall Academic Honor Roll.

2019 (Redshirt Freshman)
Redshirt freshman who was sidelined during the spring due while rehabbing an ACL injury… lone appearance came vs. Charleston Southern… credited with a pair of tackles… sidelined most of the season with a subluxed kneecap which required off-season surgery… named the Harold White GPA Award winner for the defense at the spring game… named to the SEC Fall Academic Honor Roll.

2018 (Freshman)
Enrolled in January 2018 after graduating from high school in 2017… suffered a torn ACL very early in fall camp and missed the entire season… named to the First-Year SEC Academic Honor Roll.

HIGH SCHOOL
Graduated from Lakewood High School in Sumter, S.C. in 2017… suffered a torn labrum in his shoulder late in his senior season, leading him to sit out the 2017 season… registered 91 tackles, including 23 for loss as senior… also blocked six kicks and had five sacks in his final season with the Gators… finished with 87 tackles including 21 for loss, with seven sacks and three forced fumbles as a junior… coached by Larry Cornelius… selected to the Shrine Bowl of the Carolinas following his senior campaign… ranked as the 14th-best prospect in South Carolina and the 41st-ranked strong-side defensive end in the country by 247’s composite rankings.