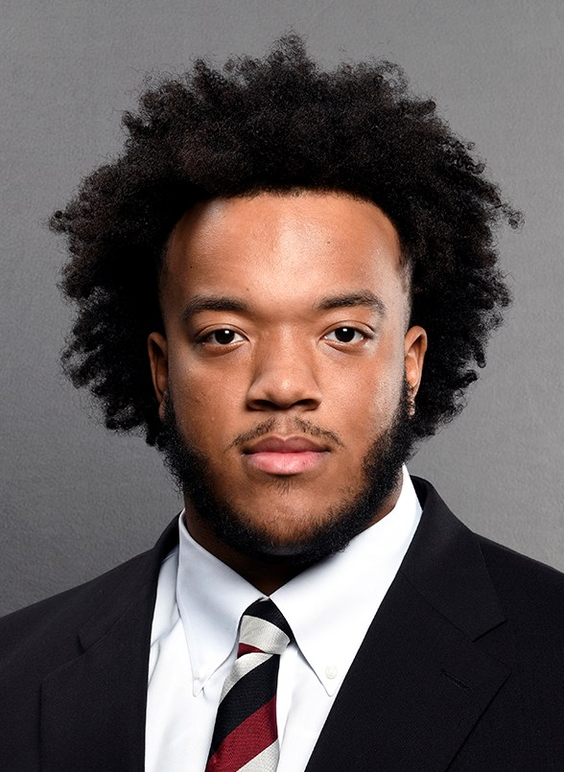 Third-year offensive lineman who is the returning starter at left guard… very intelligent player who understands the game… expected to take the next step this season… penciled in at guard, but could also play center… has appeared in 16 games, making 10 career starts.

2021 (Sophomore)
Appeared in all 13 games, making nine starts… began the season as a reserve but moved into the starting lineup at left guard against Troy in week five and did not relinquish his starting role for the remainder of the season… named to the SEC Fall Academic Honor Roll.

2020 (Freshman)
True freshman offensive tackle who enrolled in January and went through the abbreviated spring drills… saw action in each of the season’s first three games… made his collegiate debut against Tennessee… made his first career start at Vanderbilt, playing the right tackle position… named to the SEC First-Year Academic Honor Roll.

HIGH SCHOOL
Graduated early from Freedom High School in Woodbridge, Va… led the Eagles to an 11-1 record and a spot in the Class 6 playoffs as a senior… earned all-state honors and named first team all-district on both the offensive and defensive lines… earned second-team all-state honors in 2018… coached by Darryl Overton… also plays basketball and was a first-team all-district selection in 2018… also earned all-district honors in basketball… Rivals considered him the 18th-best player in Virginia and the 72nd-best offensive tackle in the class of 2020… ranked as the 18th-best player in Virginia, the 42nd-best offensive guard in the country and No. 707 overall in the 247Sports Composite.

PERSONAL
Vershon R. Lee was born Dec. 7, 2001… is in the computer information systems program… father, Vernon, is the basketball coach at Freedom High in Virginia.