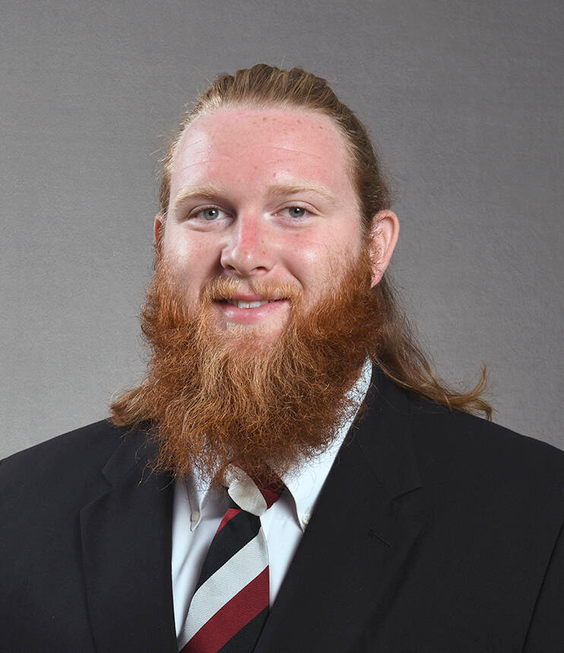 Multi-tool guys who even saw action at tight end in the spring as a stop-gap due to thin numbers at that position… can play both guard and tackle… is in his fifth season with the team… adds veteran depth to the offensive line… has appeared in three contests.

2021 (Redshirt Junior)
Appeared in one contest, seeing late-game action in the season opener against Eastern Illinois.

2020 (Redshirt Sophomore)
Saw action in two games… appeared against both Tennessee and Vanderbilt in a reserve role along the offensive line… named to the SEC Fall Academic Honor Roll.

2018 (Freshman)
Enrolled at Carolina in January and went through spring drills… slowed by a knee injury early in fall camp… had his meniscus surgically repaired during fall camp… missed the first month of the season… redshirted… named to the SEC First-Year Academic Honor Roll.

HIGH SCHOOL
Graduated from Lugoff-Elgin (S.C.) High School in December of 2017… helped the Demons reach the second round of the Class 4A playoffs as a senior… earned first-team All-USA South Carolina football team accolades as selected by USA TODAY… coached by former Gamecock and Carolina Panther Matthew Campbell… selected to the Shrine Bowl of the Carolinas but did not participate due to a knee injury that required surgery… ranked as the 16th-best overall prospect in South Carolina and the No. 78 offensive tackle in the country, according to 247’s national composite rankings… ranked as the Palmetto State’s 22nd-best player by Rivals… named to the PrepStar All-Atlantic Region team.

PERSONAL
Wyatt Andrew Campbell was born Aug. 30, 2000… earned a degree in criminal justice in May… enjoys hunting and fishing… older brother, Elliott, was an offensive lineman at Wofford.