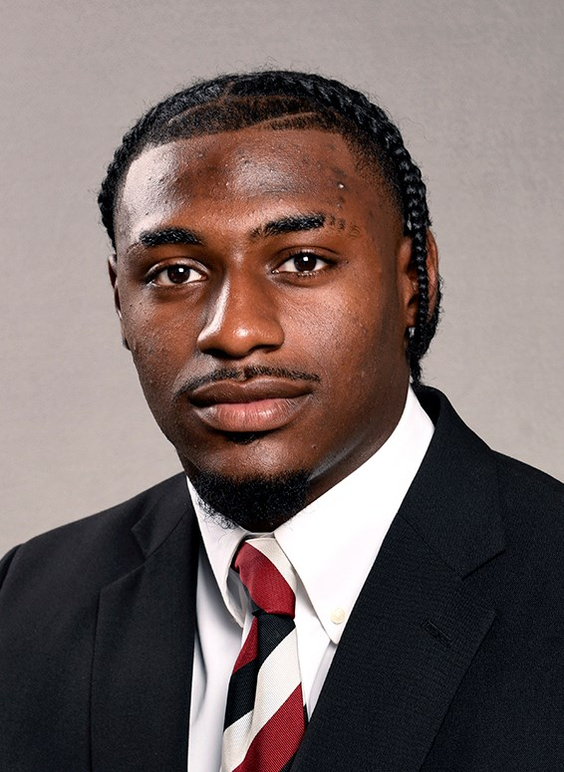 Athletic player who should factor in the regular rotation at wide receiver… had an unbelievable spring, earning the Gamecocks’ Toughness Award for the offense… can play multiple wideout positions… has appeared in 28 games with 13 career starts… has 24 career receptions for 256 yards with two TDs.

2021 (Junior)
Played in 11 games, making four starts… caught eight passes for 63 yards and a touchdown… missed some time during the season after being injured in an off-the-field accident… hauled in the game-winning touchdown, a nine-yard reception, with 37 seconds remaining in a 21-20 win vs. Vanderbilt… started the game and finished with four catches for 31 yards in his first significant action of the season… had a crucial 20-yard catch on a third down conversion in the second half of a 21-17 win vs. Auburn.

2020 (Sophomore)
Second-year receiver who appeared in six games, all starts… started the first six contests before injuries sidelined him for the final four games… caught seven passes for 113 yards, an average of 16.1 per catch… best game came in the season opener against Tennessee when he grabbed four passes for a career-high 61 yards, including a career-long 42-yard reception… had a pair of catches for 30 yards at Vanderbilt… named to the SEC Fall Academic Honor Roll.

2019 (Freshman)
True freshman who saw action in 11 games on special teams and at wide receiver… did not play in the season finale vs. Clemson… caught nine passes for 80 yards with a touchdown… also credited with four kickoff returns for 113 yards, a 28.2-yard average… started three contests, getting the nod against Vanderbilt, Appalachian State and Texas A&M… logged his first reception against Kentucky… made his first start against Vanderbilt and logged three catches for 34 yards, including a career-long 20-yard touchdown reception… also handled kickoff return duties for the first time in that contest… had his best game against Appalachian State when he recorded career highs with five receptions for 42 yards… made an impact on special teams at Texas A&M with two kickoff returns for 74 yards, including a career-long of 50 yards… named to the SEC First-Year Academic Honor Roll.

HIGH SCHOOL
Graduated from Mullins (S.C.) High School in 2019… played quarterback as a senior, rushing for 1,826 yards and 19 touchdowns, while passing for 887 yards and 14 scores… led the Auctioneers to an 8-2 record in 2018 and a berth in the second round of the AA state playoffs… coached by John Williams… one of three finalists for the 2018 WPDE Zoneman Trophy… as a sophomore in 2016, caught 44 passes for 733 yards and eight touchdowns… also plays baseball and basketball at Mullins… was considered the 10th-best prospect in the state of South Carolina, rated the 40th-best “athlete” in the country and number 709 overall, according to 247Sports Composite.

Anthony Xavier Legette was born Jan. 29, 2001… is in the sport and entertainment management program.