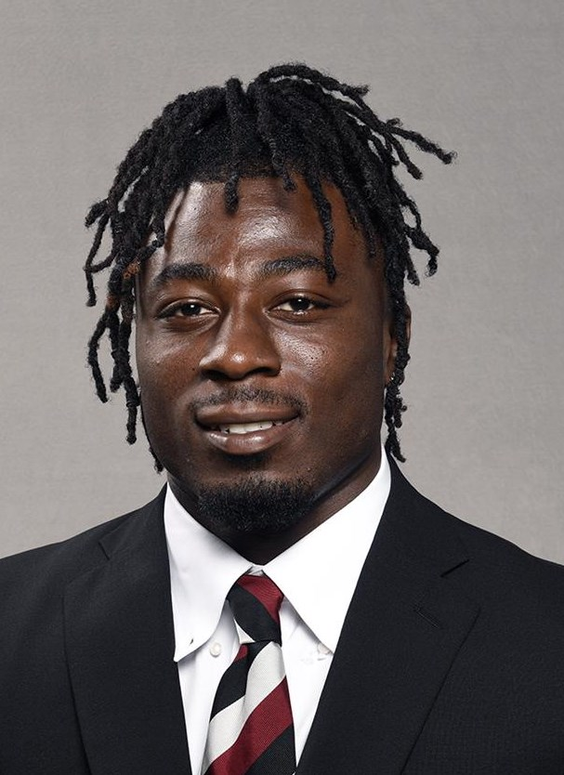 Sophomore defensive back who made an immediate impression in the Carolina secondary… can play nickel or safety… enjoys contact… earned Freshman All-SEC and second-team Freshman All-America honors in 2019… named to Athlon magazine’s 2020 preseason All-SEC third team.

2019
True freshman defensive back… played in all 12 games making three starts… named to the SEC Coaches’ All-Freshman team and was a second-team Freshman All-American according to Pro Football Focus… finished third on the squad in tackles with 62… his 5.2 tackles per game ranked fifth among SEC freshmen… credited with four pass breakups, an interception and a forced fumble… his five passes defended ranked fourth among SEC freshmen… along with John Dixon, started in the season opener vs. North Carolina, becoming just the eighth and ninth true freshmen to start a season opener for the Gamecocks since the 2009 season, joining Stephon Gilmore (2009), Marcus Lattimore (2010), Jadeveon Clowney (2011), Bryson Allen-Williams (2014), Al Harris Jr. (2014), Bryan Edwards (2016) and Jaycee Horn (2018)… notched four tackles, his first career interception and a forced fumble versus Florida… logged a season-high 15 tackles including a dozen solo stops at Texas A&M, the most tackles recorded by a Gamecock in 2019 and the most by a freshman at Carolina since Ben Washington notched 15 stops against Mississippi State in 1994… also had 11 tackles versus Clemson and nine at Tennessee.

HIGH SCHOOL
Played safety and was a return specialist for Lee County High School in Leesburg, Ga., graduating in 2019… coached by Dean Fabrizio… scored seven touchdowns as a returner in 2018… was a finalist for the Mr. Georgia Award… was the state Defensive Player of the Year, the Albany Herald Player of the Year and the WALB Player of the Year… earned first-team all-region honors and was the region’s Athlete of the Year… led his team to a perfect 15-0 record and the state 6A championship in 2018, logging over 100 tackles… scored on punt, kickoff and interception returns… also ran track… played at Crisp County before transferring to Lee County for his final year… rated as the 41st-best player in Georgia, the 32nd-best safety in the nation and No. 392 overall, according to 247Sports Composite.