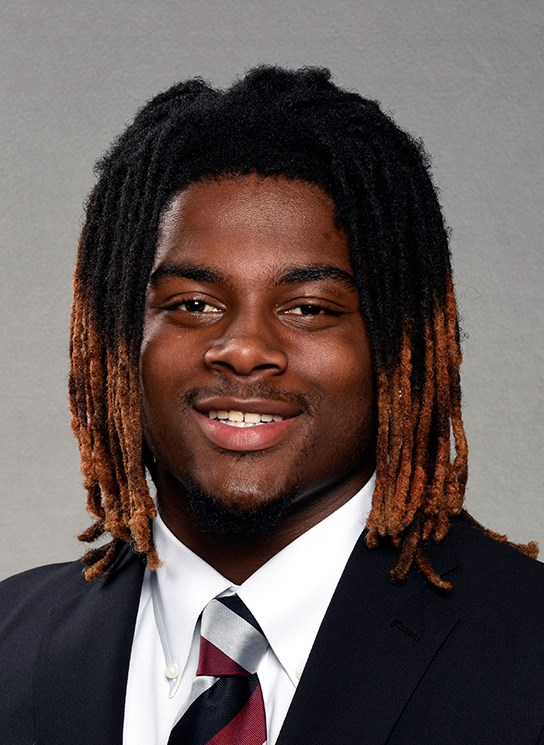 Dynamic play-maker who was electric in his first season with the Gamecocks as an all-purpose performer… brings a different dimension to the room… figures to play a prominent role in 2022 as a running back and return specialist… named to the pre-season All-SEC third team by Athlon and the fourth team by Phil Steele as a kick returner… earned two spots on the Coaches’ Freshman All-SEC squad in 2021 as an all-purpose back and return specialist… was recognized as the school’s Male Freshman of the Year at the 2022 All-Sports Gala.

2021 (Freshman)
Played in 12 games, making two starts as a true freshman… earned Freshman All-SEC honors from the league’s 14 coaches as both an all-purpose back and as a return specialist… earned fourth-team All-SEC accolades as a kick returner from Phil Steele… finished third on the squad in rushing with 248 yards on 52 carries… caught nine passes for 53 yards and returned 15 kicks for 394 yards, a 26.3-yard average… ranked third in the SEC in kickoff returns and fourth in kick return yards… ranked third in the SEC and 20th in the country in kick return average… best game came at East Carolina when he rushed for a game-high 71 yards on 11 carries and returned a kickoff a season-best 63 yards, setting up the game-tying score in the fourth quarter… returned three kicks for a season-high 81 yards at Tennessee… scored his first career touchdown against Florida on a 2-yard run… had a 35-yard touchdown run, his longest rush of the season, in the Duke’s Mayo Bowl win over North Carolina… made starts against Tennessee and Texas A&M.

HIGH SCHOOL
Played running back, receiver, defensive back and returned kicks and punts for the Trojans of Lee County High School in Leesburg, Ga… graduated in 2021… helped his team advance through the Georgia Class AAAAAA playoffs… considered the 67th player in the state of Georgia, the 42nd-best running back in the country and No. 756 overall, according to 247Sports Composite… Rivals ranked him as the 68th-best player in the Peach State and the No. 13 all-purpose back in the country.