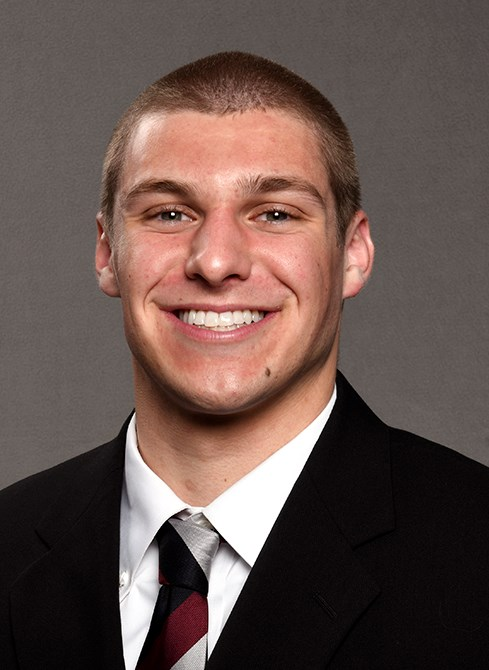 Third-year quarterback who returns following a foot injury that ended his 2021 season prematurely… possesses all of the intangibles to lead the team… dual-threat quarterback who is one of the faster players on the team… Gamecock through-and-through… keeps developing and getting better each day as a quarterback… has played in 13 games, making six starts… has completed 60.3 percent of his passes (129-for-214) for 1,380 yards with seven touchdowns and six interceptions… is 2-4 as a starting quarterback in his career.

2021 (Sophomore)
Came out of the spring as the projected starter at quarterback and did nothing to change that early in fall camp… suffered a mid-foot sprain in his left foot on August 13 and was sidelined for the first two games… made his 2021 debut at Georgia in relief of an injured Zeb Noland and was the starter for the next four weeks, posting a 2-2 record with wins over Troy and Vanderbilt… went 17-for-25 for 158 yards with a touchdown against Kentucky… recorded career highs in completions (20), attempts (34) and passing yards (255) in the win over Troy… went 17-for-27 with a pair of TD passes, including a career-long 82-yard pass to Jaheim Bell against Vanderbilt… re-injured the foot in the win over the Commodores and underwent season-ending surgery on Oct. 21… for the season, went 86-for-143 (60.1 pct.) for 975 yards with five TDs and three interceptions in five games, including four starts… named to the SEC Fall Academic Honor Roll.

2020 (Freshman)
Played in eight games, making a pair of starts… completed 43-of-71 passes (60.6 percent) for 405 yards with two touchdowns and three interceptions… also rushed 41 times for 91 yards with a long of 17… split reps early in camp between quarterback and wide receiver… made his debut as a wide receiver at Florida… saw his first action at quarterback in the win at Vanderbilt and had one carry for two yards… also saw brief action at LSU, Texas A&M and Ole Miss… took over the starting role after halftime against Missouri… completed 14-of-23 passes for 130 yards and rushed 11 times for an additional 59 yards against the Tigers… made his first career start against Georgia… was 18-of-22 for 190 yards… completed his first career touchdown pass, a 7-yarder to Nick Muse… made his second start in the season finale at Kentucky… completed 11-of-25 passes for 85 yards with a touchdown… named to the SEC First-Year Academic Honor Roll.

HIGH SCHOOL
Graduated from Myrtle Beach (S.C.) High School in December 2019… the Seahawks were undefeated before falling in the state 4A championship game in 2019… did not play after injuring his throwing hand in the first round of the playoffs… in 10 games, completed 64 percent of his passes for 1,876 yards and 25 TDs… also rushed for 408 yards and four scores… named first team all-state by the South Carolina coaches… garnered the state’s Mr. Football award… selected to the Shrine Bowl of the Carolinas, Nike’s The Opening Finals and the Elite 11 Finals… as a junior, helped guide Myrtle Beach to a 4A state championship in his first year as a full-time starter… threw for 3,037 yards on 242-of-381 passing with 36 touchdowns and six interceptions… finished with 701 yards and seven touchdowns on the ground… threw for 244 yards and three touchdowns in the 2018 championship game against Greer… named the 2018 4A Lower State Back of the Year… threw for 5,614 yards in his career with 66 touchdowns… logged 7,364 all-purpose yards and was responsible for 83 TDs… played wide receiver early in his prep career… coached by Mickey Wilson… Rivals considered him the second-best player in the Palmetto State, the second-best dual-threat quarterback in the country and No. 99 overall… rated second in the state, the No. 4 dual-threat quarterback in the country and No. 85 overall in the 247Sports Composite rankings… considered the No. 83 player in the country in the ESPN300.

PERSONAL
Lucas Robinson Doty was born Oct. 26, 2001… is an exercise science major… father, Bobby (basketball) and mother, Melanie (cross country), were both collegiate athletes at Erskine… is a big fan of the Star Wars series… a member of SAAC and represented South Carolina as part of the SEC Leadership Council.