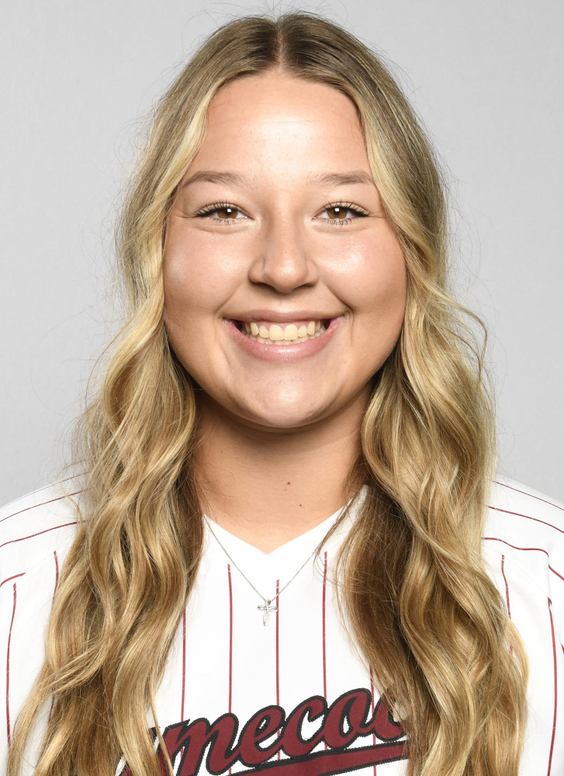 2022 (SOPHOMORE):
Led the team with 35 appearances and 23 starts in the circle… Led the team with seven victories and eight complete games… Was second on the team with 68 strikeouts… Earned a shutout victory over ETSU (4/8)… Pitched a complete game victory against #13 Kentucky (5/6)… Made her first at-bat of the season against Missouri (4/1)… Earned her first career hit and RBI against Winthrop (4/7).

2021 (FRESHMAN):
Leah Powell opened her South Carolina career in style, posting a 10-7 record in the circle in 28 appearances… The wins and appearances were both South Carolina highs during the 2021 season… Recorded a 2.76 ERA with 15 starts and five complete games… Had one shutout… Pitched 91.1 innings with 53 strikeouts… Most notably defeated No. 3 Florida in Gainesville on 4/23 in a complete-game performance… It was Carolina’s first win in the series since 2013, snapping a 12-game streak and was the Gamecocks’ first win in Gainesville since 2002… Later went all seven innings in a victory over Auburn on 5/11 in the SEC Tournament… Required just 81 pitches to earn the win over the Tigers.

PERSONAL
Daughter of Lisa and Michael Powell… Sister to Cole Powell… Did not consider other schools before picking Carolina.