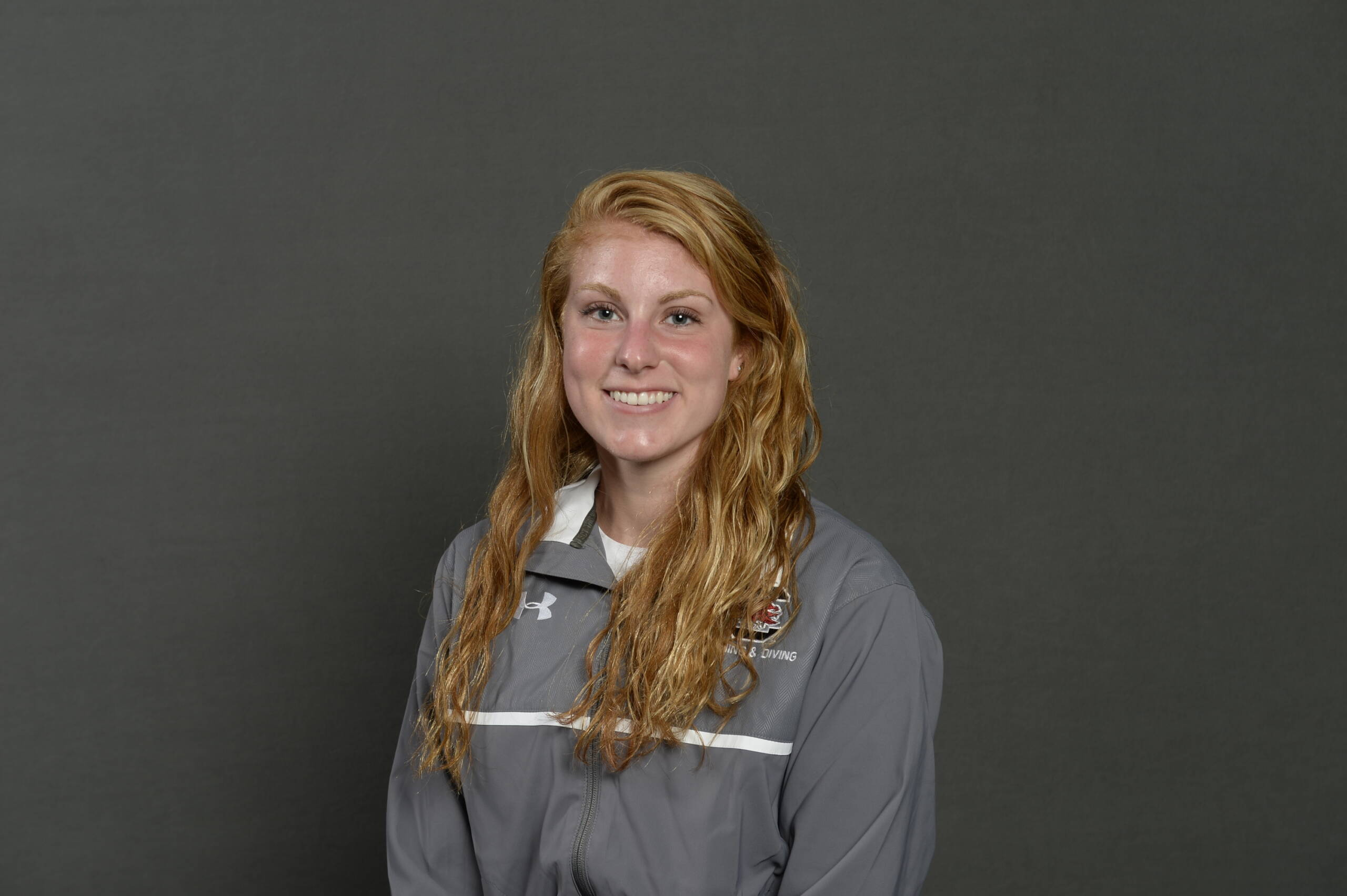 Gamecock Freshmen in the Fast Lane

For the most part, it is expected that freshmen student-athletes will often take some time to adjust to performing at the collegiate level. Somebody forgot to mention that to the rookies on the South Carolina women’s swimming and diving team.

“We knew coming into this year that our freshmen were going to be very good,” South Carolina coach McGee Moody said. “Our freshman women are already starting to out-perform what we thought they would be doing by now. So we’re very proud of them.”

“I didn’t expect to win, but I was hoping for it,” Vay said. “In collegiate swimming, it’s a lot more team-oriented than club swimming. Training is very hard. I never lifted weights before so my body is adjusting to that. It’s different, but it’s a good different.”

“It was really cool to win for the very first time,” added freshman Sarah Smith, who won the 500 and 1000 yard freestyle events against Georgia Tech and Notre Dame. “It was a great experience. I was definitely nervous going into Kentucky because it was our first meet, but that gave me confidence going into Georgia Tech and Notre Dame. The training here has definitely boosted my confidence compared to the training I used to do. It’s so much more training and yardage, but it’s for the best because everyone is performing really well.”

Moody indicated that all of the freshmen have bought into the team-concept that may be different from what some had become accustomed.

“They’re working hard,” Moody said. “They’re leaning quickly, which is important because the swimming that they are used to with their clubs is much more of an individual sport, where as in college you have to adapt to a team setting.”

“Club swimming is more individualized, and coming here, it’s more important for your team than just getting a time for yourself,” said freshman Heather Merritt, who placed second in the 100 yard backstroke and 100 yard butterfly against Georgia Tech and Notre Dame. “It’s been exciting, and it’s really fun to be in a team environment. It’s great to have people cheering you on for every race.”

Like several of the newcomers, freshman Taylor Worrell, who finished second in the 200 yard freestyle against Georgia Tech and Notre Dame and third at Kentucky, admits she had never lifted weights for swimming prior to her arrival on campus, and the two-a-day practices were a challenge at first, but necessary.

“The difference between what we do here just makes me excited about reaching my potential,” Worrell said. “It was a shock when I came here. Doubles four days per week and weightlifting on top of that. It was a lot to handle the first two weeks, but then you get used to it. You get more done when you have more things going on. It was an easy adjustment.”

The freshmen have given a lot of credit for their early success to the older swimmers for setting a great example for the younger team members.

“In this sport you cannot allow negativity or you won’t succeed,” Worrell said. “The older swimmers do a great job of reinforcing that and being positive for us.”

“You go head-to-head and you know you’ve put in more training than them, and you’ve been working your hardest. Even though it hurts, you just tell yourself you have to get to the wall faster.”

The mental aspect of the sport can be difficult for 17 or 18 year old freshmen to master early in their careers, and Moody acknowledges that the demands for their time goes beyond practices, travel and competitions.

“It’s much more strenuous and much more structured in college,” Moody said. “You have classes that are moving a lot faster and the information they are getting in the four or five hours of class every day can be a little overwhelming in itself too. So there’s that pressure and the pressure of being away from home, most of them, for the first time, but they’ve adjusted well to the changes and they’re handling the stress really well. We do have to pay a lot of attention to where they are physically and mentally as well, because it can break them down quickly.”

The student-athletes are also quick to point out the importance of being mentally strong while competing.

“The mental part is more important than the physical part because if you aren’t mentally strong, then you are not going to swim well,” Vay said. “When I’m in the water I really just think about having the best race possible, and if someone is close, I’m not going to let them beat me.”

“It’s definitely mental,” Smith added. “We’ll be doing sets where we have to kick underwater for 18 laps and we have only 10 seconds rest on the wall. You know you can make it underwater and it’s all about telling yourself you can do it. It’s the same when you are racing. You go head-to-head and you know you’ve put in more training than them, and you’ve been working your hardest. Even though it hurts, you just tell yourself you have to get to the wall faster.”

Julia Vincent came to South Carolina this year from Gauteng, South Africa. She wasn’t sure if she would have an immediate impact, but she won the three-meter diving event at the Georgia Tech meet. She is thrilled about her choice to be a Gamecock.

“They don’t have many diving facilities in South Africa, so I knew if I wanted to get where I wanted to be, I needed to come to an American university,” Vincent said. “I came upon South Carolina and I just loved it. The team was so welcoming and the facilities are really good. The people are very friendly here.”

Vincent’s fellow freshmen teammates are excited about their early success, and they all have their own reason to enjoy being Gamecocks.

“I just love being here,” Worrell added. “There are so many times already when I just feel so much pride about being here.”