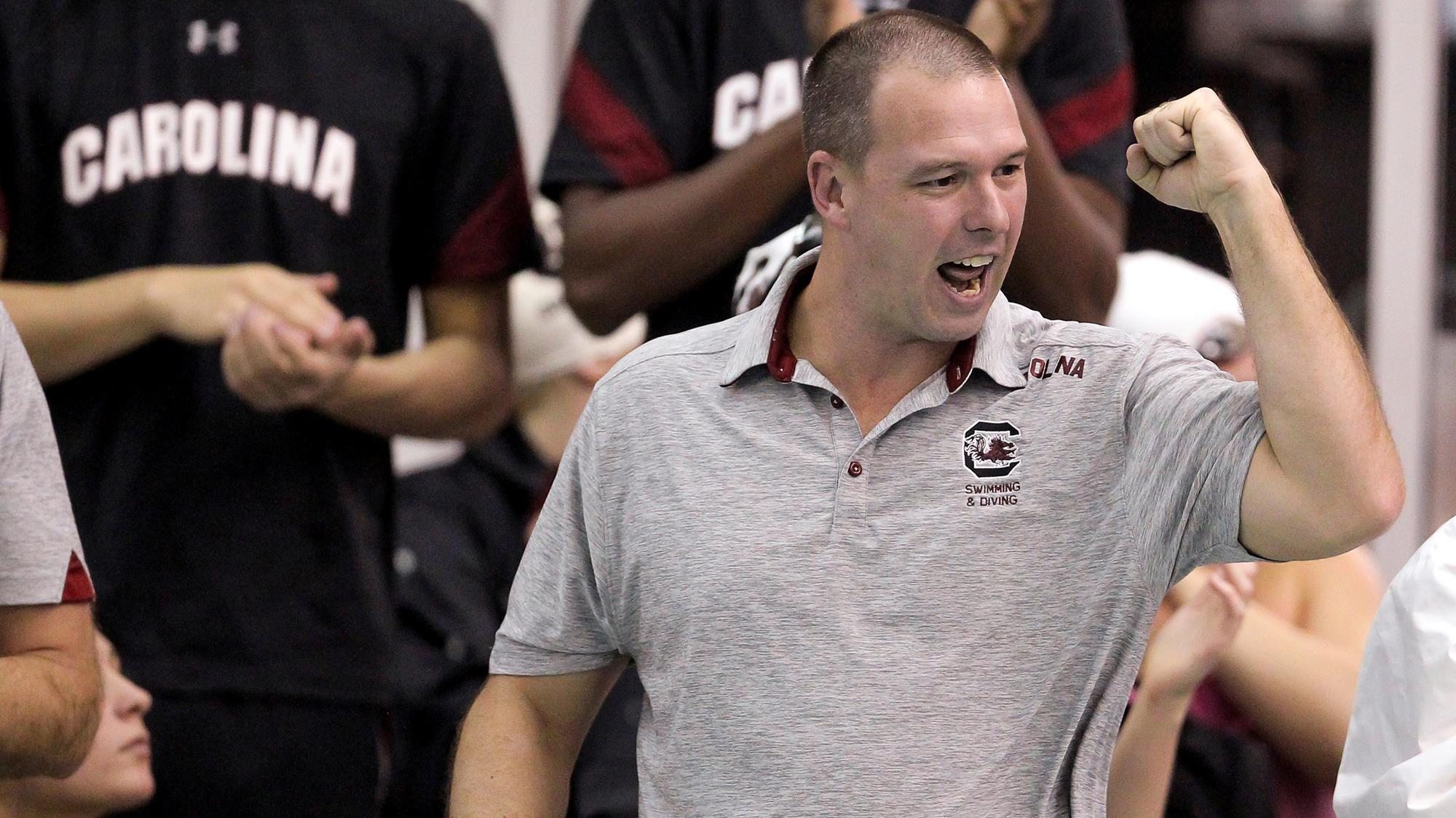 The Gamecocks will kick off the season on Oct. 12 at 4 p.m. against a pair of top-15 programs as they host North Carolina State, which had its women’s team finish No. 11 in the final CSCAA rankings of 2018 while the men came in at No. 5 in the nation. “We pride ourselves on competing against the top competition in the country,” Moody said.

South Carolina’s women’s program will host Arkansas on Oct. 20 as it looks to post a third-consecutive dual-meet win over the Razorbacks.  Both the men’s and women’s teams will travel for dual meets at North Carolina and Georgia on Oct. 26 and Nov. 3, respectively.

Carolina will conclude its fall schedule with a sixth-straight appearance at the three-day Georgia Tech Invitational on Nov. 15-17. The Gamecocks will close their dual-meet schedule by taking on East Carolina and Georgia Tech in consecutive weekends on Jan. 12 and Jan. 19, respectively.

The Gamecocks will host the S.C. College Invitational for a third year in a row on Jan. 25-26 before traveling to Blacksburg, Va., on Jan. 31-Feb. 2 for the Virginia Tech Invite to close out the regular season.

Following the VT Invite, the Gamecocks will turn their attention to a month-long stretch of post-season meets beginning with the SEC Championships in Athens, Ga on Feb. 19-23.

“We tried to put together a schedule that challenges our team and prepares us to be our best at the SEC and NCAA Championships,” Moody said. “I know our program is ready for the challenge!” 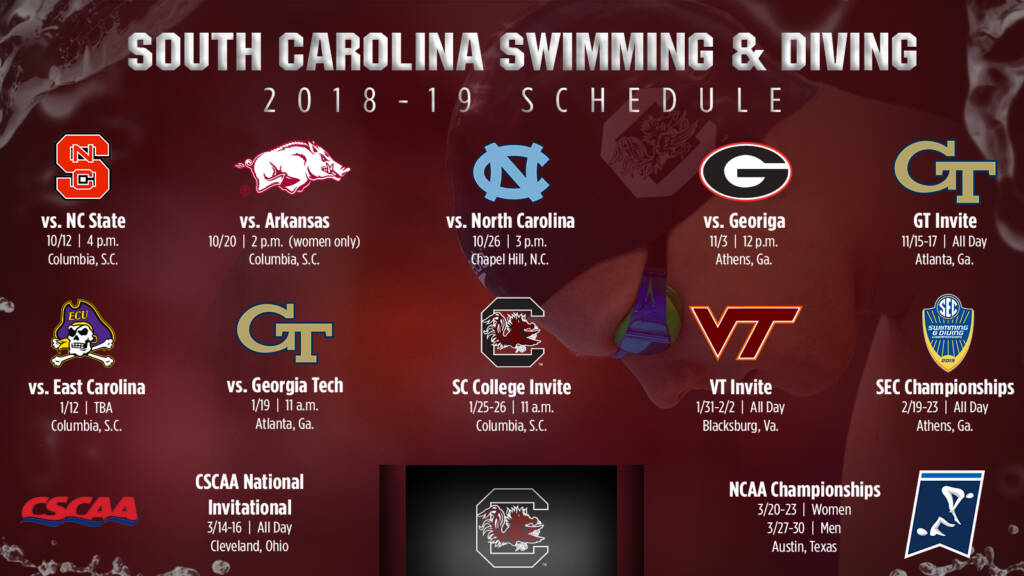