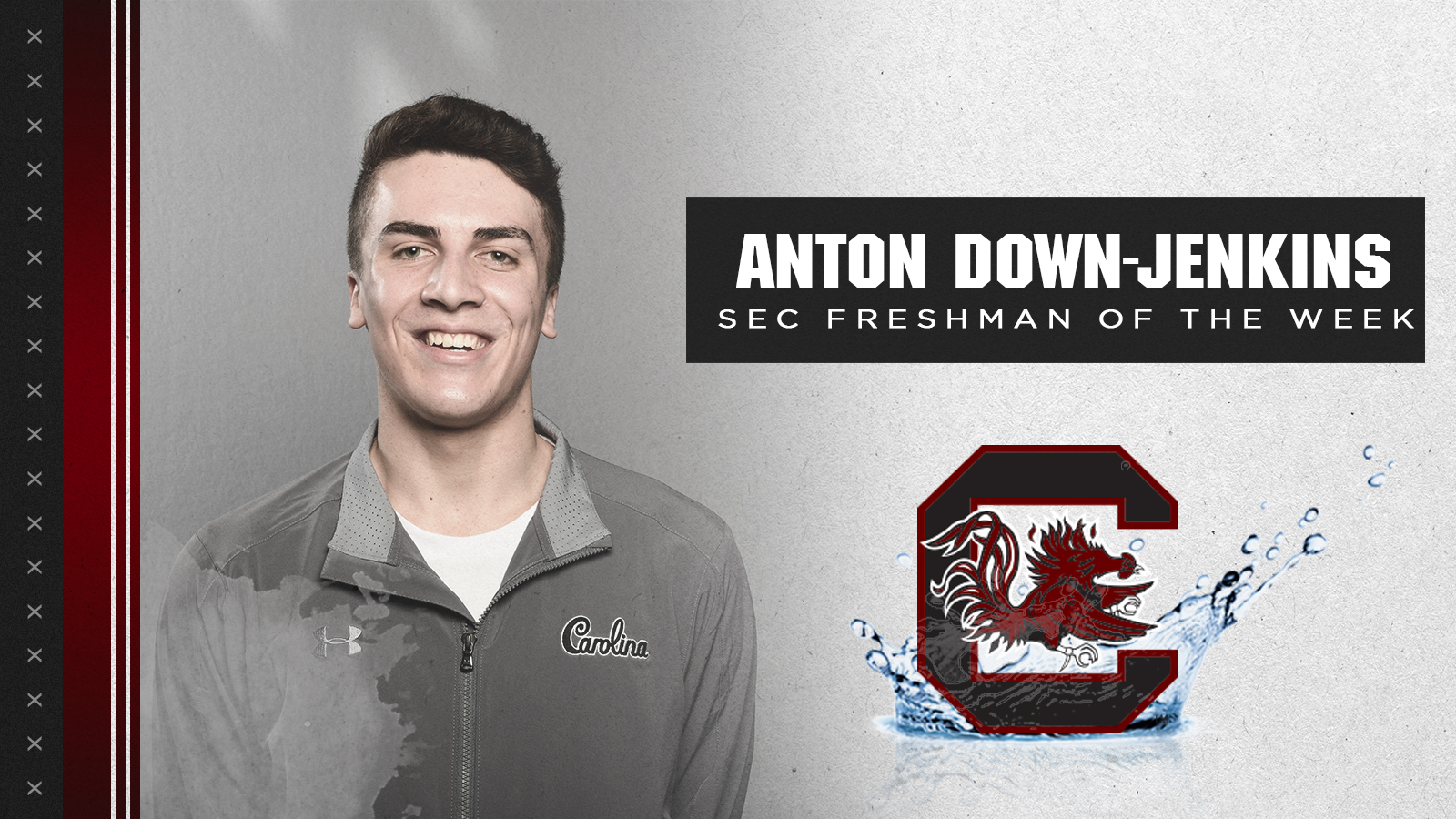 Anton Down-Jenkins was named the SEC Freshman Week of Week after sweeping the springboard events in No. 24 South Carolina’s season opener against NC State last week.

Down-Jenkins started the Gamecocks home opener with a 333.75 to take the top spot in the 1-meter dive, over 20 points clear of NC State’s James Brady.

The freshman from Wellington, New Zealand capped his season opener with a 406.88 to win the 3-meter board, beating out the runner-up Brady by over 50 points.

South Carolina’s men’s swimming and diving team will be back in action next weekend as the Gamecocks travel to Chapel Hill, N.C., for a dual-meet against North Carolina.