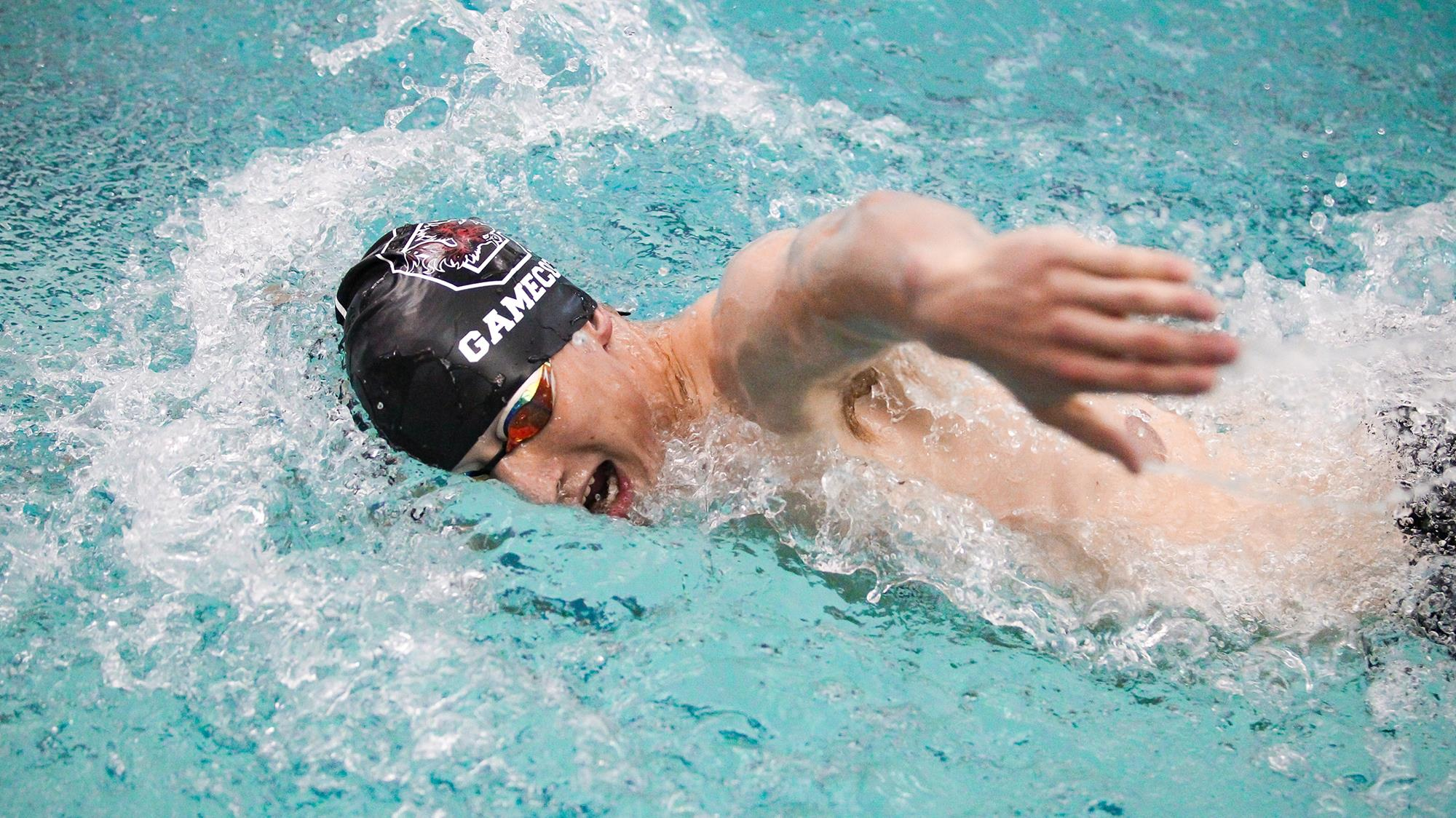 South Carolina men’s and women’s swimming and diving will hit the road for the first time this season to take on North Carolina on Friday beginning at 3 p.m.

COLUMBIA, S.C.— South Carolina men’s and women’s swimming and diving teams will travel for their first road dual meet of the season as they face border-rival North Carolina on Friday beginning at 3 p.m.

The women’s team came in at No. 19 in this week’s CSCAA TYR Division I Dual Meet Poll after taking down No. 23 Arkansas last week. The men’s team, meanwhile, will return to action for the first time since posting four top-25 scores/times in its season-opener against No. 4 NC State.


GAMECOCK NOTABLES:
– Emma Barksdale was named SEC Swimmer of the Week after winning all three of her races (100 breast, 200 breast & 200 IM) against Arkansas last week.
– Mikaela Lujan finished second in the 3-meter dive last week against Arkansas with a career high 330.67.
– Hallie Kinsey earned SEC Freshman of the Week honors after winning both the 100 (54.35) and 200 (1:58.79) butterfly against Arkansas.  Kinsey also finished third in the 200 IM last week with a time of 2:04.96.
– Kate Sanderson was the only swimmer to break the 10-minute mark in the 1000 free on Saturday, finishing with a time of 9:53.79 for her first career win.
– Melinda Novoszath also earned her first collegiate win with a 1:49.54 in the 200 free against Arkansas. Novoszath has also displayed her versatility breaking the five-minute mark for a third-place finish in last week’s 500 free (4:57.32) as well as a 2:00.43 to finish second in the 200 fly.
– Lionel Khoo swept the breaststroke events in the Gamecocks’ season opener against fourth-ranked NC State.
– Anton Down-Jenkins won both springboard events in his first collegiate meet against NC State, garnering SEC Freshman of the Week honors in the process.
– Fynn Minuth won the 500 free in the Gamecocks’ season opener and finished third in the both the 200 free and 200 fly.

“Coach DeSelm and I are good friends. Rich runs an outstanding program up there and he’s one of the most respected coaches in the country and he has an outstanding group and they’re great competition.  For years, we weren’t able to make it work on the schedule and a couple years ago, he and I talked and decided that its not an option anymore.  We have to make it happen and make sure that our student-athletes and their student-athletes have the opportunity to compete.  A lot of them know each other, went on recruiting visits together and a lot of them are friends.  We have a lot of North Carolina kids on our team and a lot of them have swam with the UNC student-athletes.  Its a natural, regional competition and we’re going to get on the bus this evening, head up there and race as hard as we can and hopefully bring two W’s back to Columbia.”

“We’re really looking forward to traveling to Chapel Hill (N.C.). They’ve got a fairly strong team and should provide some good competition for us. We’re coming off two good weeks of diving and are looking to see a few technical changes we’ve been working on in training.  As a team, we’re keeping the same strategy— understanding objectives, making necessary adjustments and putting down some good dives to pave the way to a good SEC and NCAA Championships.  We should see some great performances tomorrow.”


UP NEXT FOR THE GAMECOCKS
The Gamecocks will be on the road again next week as they travel to Athens, Ga., to take on Georgia on Sat., Nov. 3, at 12 p.m., in the final dual meet of the fall semester.