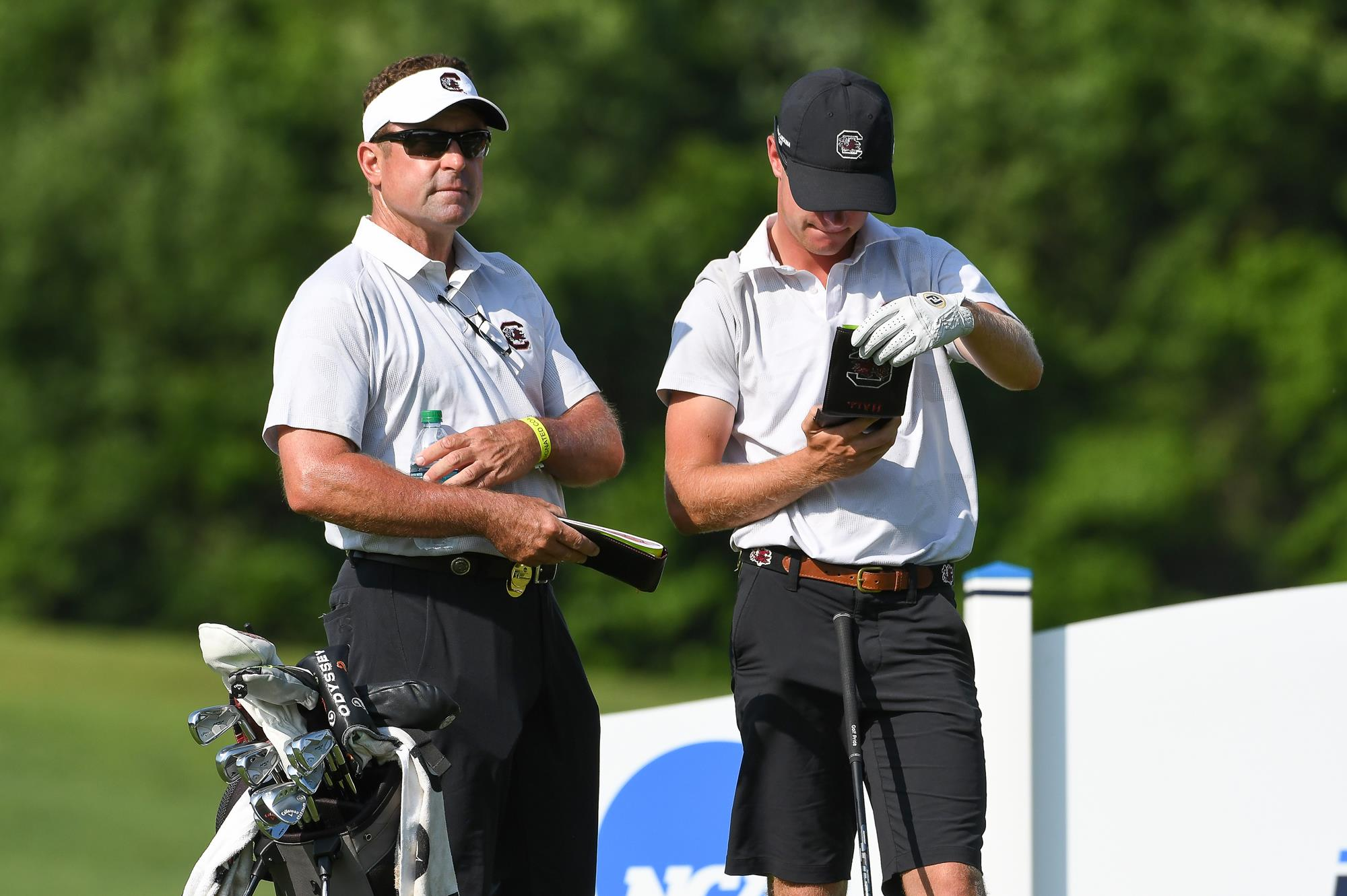 No. 22 Gamecocks Open Season at The Farm Friday

ROCKY FACE, Ga. — No. 22 South Carolina kicks off its 2019-20 season this weekend at the 31st annual Carpet Capital Collegiate (Sept. 6-8). First round action gets underway Friday morning at The Farm Golf Club. Live scoring will be available via Golfstat.

“We are looking forward to getting started tomorrow, and it’s exciting to have some new faces in the lineup,” said head coach Bill McDonald. “We’ve had a very productive first couple of weeks in preparation for our first fall event and I think we’re all ready to get a new season underway.”

The Gamecocks are one of five top-25 teams in the field from the Bushnell Golfweek Preseason Coaches Poll. No. 3 Georgia Tech, No. 17 Clemson, No. 21 Alabama and No. 25 Florida are also competing this week at The Farm. Tennessee returns as the defending champs after beating the Yellow Jackets in a playoff last season.

Carolina welcomes back six players from its 2018-19 roster, with three key contributors from the team’s NCAA Championship run in seniors Caleb Proveaux and Jamie Wilson, and talented sophomore Ryan Hall. Junior Jack Parrott and freshman Jack Wall will join the experienced trio in the Gamecocks’ five-man lineup. Freshman Nick Mayfield will also be playing as an individual this week.

Wilson and Proveaux both enter their final seasons of collegiate golf looking to move up the ranks in the program record book. Wilson, who won the 44th Palmetto Amateur over the summer at historic Palmetto Golf Club in Aiken, S.C., currently sits ninth all-time with a career 73.04 scoring average (72 rounds played). Proveaux, who hails from Lexington, S.C., is 14th with a career scoring average of 73.22 (65 rounds played).

Hall, who missed most of the spring in 2019 with a wrist injury, returned to the lineup for NCAA Regionals and the NCAA Championship a season ago. He finished his first season on campus with the lowest scoring average by a freshman in program history (71.00 in 21 rounds played) – it was the sixth-lowest season average all-time. Hall played in the U.S. Amateur for the first time in August at Pinehurst after earning medalist honors at sectional qualifying back in early-July.

Parrott is also fresh off a summer of solid golf in which he won two events, the South Carolina Amateur Match Play Championship on Father’s Day and the Oglethorpe Invitational. The hometown kid and A.C. Flora product will be making his second career start this week. He debuted in the lineup for the Gamecocks for the first time last spring at the All-American Intercollegiate.