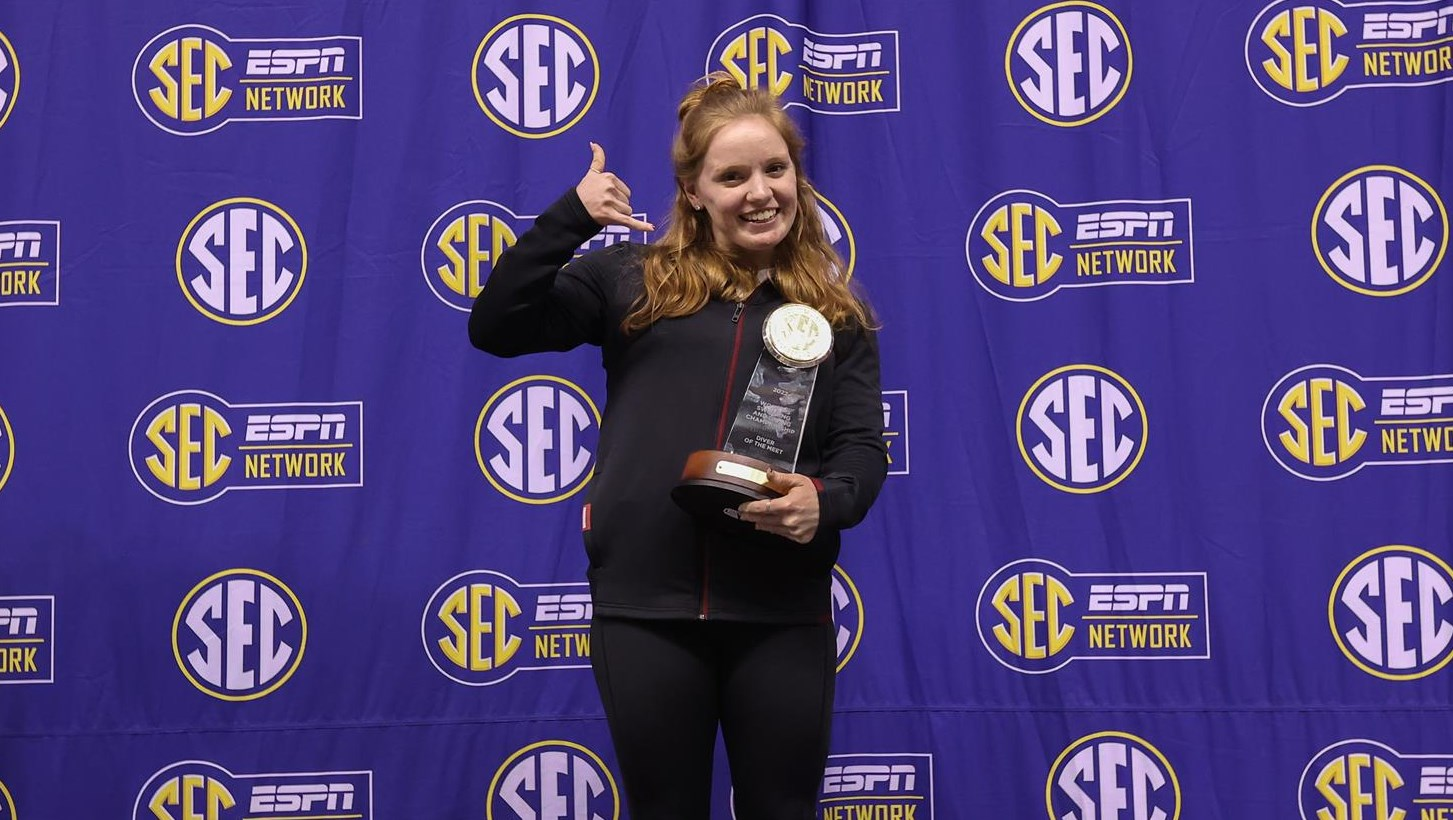 Birmingham, Ala. – South Carolina graduate diver Brooke Schultz has been named SEC Diver of the Year, the league announced Wednesday. Schultz shares claim to the honor with Maha Amer of Florida and Kyndal Knight of Kentucky. She was also named First Team All-SEC, along with junior Manny Vazquez Bas on the All-SEC Second Team and Michael Laitarovsky on the All-SEC Freshman Team.

Schultz joined the Gamecocks in January as a graduate transfer after having spent her undergraduate career at Arkansas. Since joining the team, she was twice named SEC Diver of the Week. Schultz earned seven event wins during her abbreviated regular season and earned NCAA Zone qualifying scores in every event that she competed in.

At the SEC Championships, Schultz swept the spring board events and was named SEC Diver of the Meet for her accomplishments. She set both a new school record and a new pool record en route to her 3-meter title.

At the NCAA Zone B Championships, Schultz won the 3-meter event and set another new school record, this time with a 12-dive score. Her Zone placements qualified her for both the 1-meter and 3-meter dive events at the NCAA Championships.

At the NCAA meet, Schultz earned All-American Honorable Mention honors for her performance in the 1-meter dive event. She placed ninth in the preliminary round and competed in the consolation finals where she placed first for ninth place overall.

Schultz was recently named to USA Diving’s High Performance Squad which recognizes the country’s best divers with the potential to become future U. S. Olympic Team members.  She will compete in June 2022 for Team USA at the FINA World Championships in Budapest, Hungary, an honor that she achieved for placing second in the 1-meter dive at the 2021 USA Diving Winter Nationals.

Vazquez Bas, who was named to the second team, earned three event wins during the regular season. He earned bronze in the platform dive at SEC Championships with a new school record score and achieved a 12-dive school record during the NCAA Zone B Championships. He qualified for the NCAAs in both the 3-meter and platform dive events where he placed 35th and 17th respectively.

Laitarovsky represents the Gamecocks on the freshman team. He was named SEC Freshman of the Week twice during the regular season and earned four event wins in the 100 back. The Natanya, Israel, native set a new school record in the 100 back during the Tennessee Invitational and lowered his own record by nearly half a second during the SEC Championships. Laitarovsly is the first South Carolina swimmer since 2018 to be named to the All-SEC Freshman Team.

Schultz is the first Gamecock to be named an SEC Athlete of the Year in women’s program history and only third from the overall program. Vazquez Bas is the program’s first diver to make the conference’s first or second team.