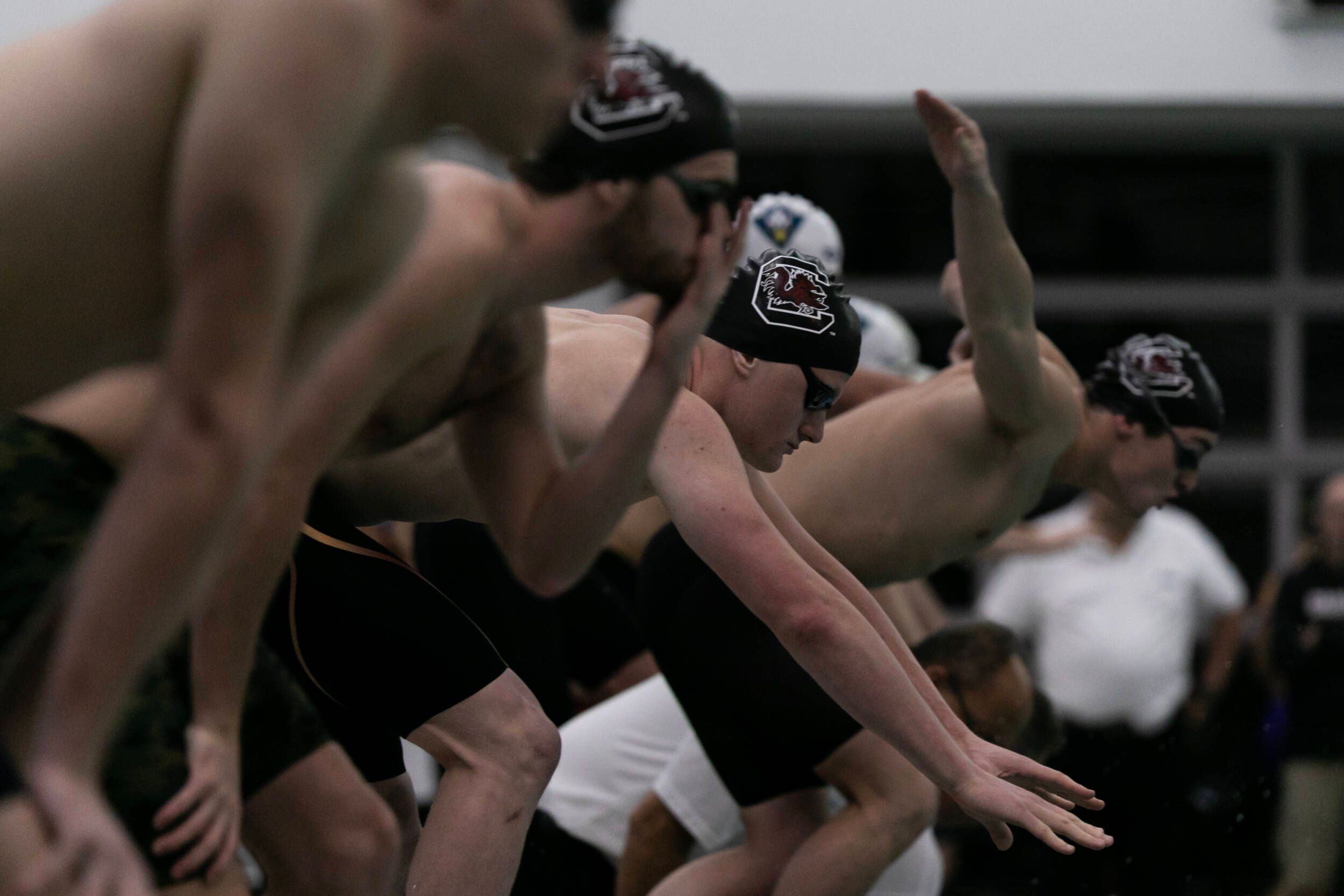 Columbia, S.C. – South Carolina Swimming will resume dual competition this Saturday, Jan. 7, at the Carolina Natatorium. The Gamecocks will take on the UNCW Seahawks beginning at 12 p.m.

This will be South Carolina’s first time competing in the new year. The team’s last appearance in the pool was back in November where both the men and women placed first at the Gamecock Invitational. The Seahawks also competed in the invitational with both their men’s and women’s teams placing second.

During the Gamecock Invitational, South Carolina made a total of 33 new entries into the program’s top-10 all time record book, including setting two new program records.

The women’s team accounted for 26 of those marks with junior Bella Pantano leading the way by taking down her own school record in the 100 back. Her time of 53.26 took down her previous record placed at the 2022 SEC Championships. Pantano was followed closely by freshman Megan Maholic who now owns the second place spot in the program record book with a 53.43.

Another freshman making waves has been Martinez, Ga., native Amy Riordan. Riordan had written her name in the program top-10’s in four events so far this season and has twice been named SEC Freshman of the Week for her efforts.

South Carolina’s women are ranked No. 24 in the latest CSCAA Division I poll, released in December 2022.

On the men’s side, sophomore Michael Laitarovsky accounted for the other new school record. The Natanya, Israel, native also took down his own record in the 100 back. Laitarovsky touched the wall in just 45.92 seconds for the new mark.

The Gamecock women are a perfect 13-0 all time against UNCW while the men are 11-1. The two teams faced in dual action last season with South Carolina sweeping the meet.

Spectators will notice a new look to the Carolina Natatorium during Saturday’s competition. New graphics have been installed throughout the facility, giving the competition area a fresh look. The graphics join the previously installed glass garage doors in livening up the pool and creating a better environment for both athletes and spectators.

Admission to the meet is free and open to the public. Doors will open for spectators one hour prior to the meet and a clear bag policy will be in effect. Spectators must remain in the upstairs gallery and will not be permitted on the pool deck at any time. Live results will be available on the subscription-based MeetMobile app.