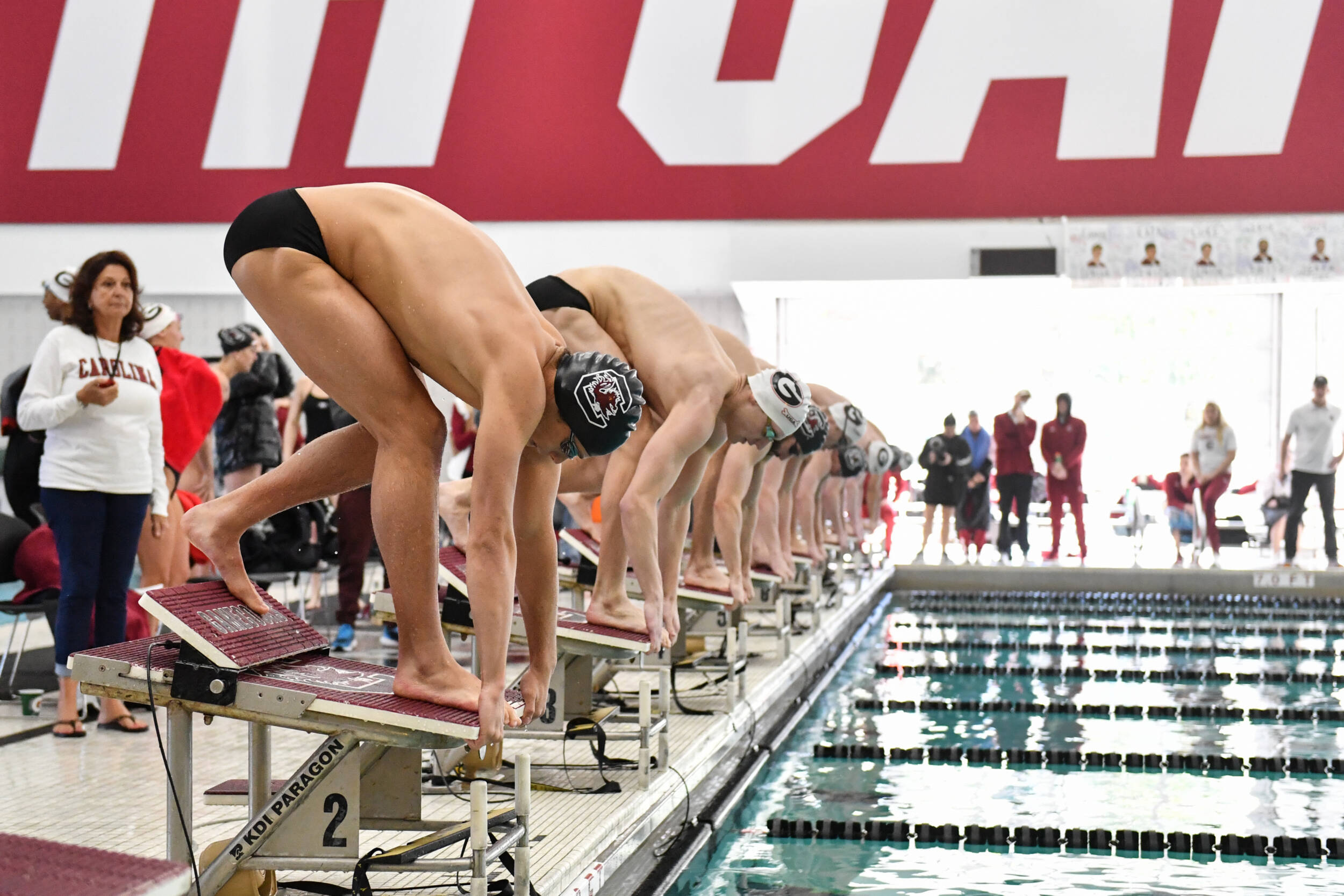 Gamecocks Fall to No. 9/10 Georgia

South Carolina’s divers swept their portion of the competition, with three individuals accounting for wins in all four diving events.

“Unfortunately, today we had a lot of close races that went to Georgia. I felt that our kids competed tough from start to finish of the meet and our divers continue to do a great job and are looking very strong heading into SECs in February.

We enjoyed the opportunity to recognize our seniors in front of friends and family at our final home meet of the season. They are a tremendous group that have made numerous contributions to the University of South Carolina throughout their careers.  We will truly miss them next year however they have laid a fantastic foundation of the culture that we seek to build upon in the future.”

Up Next for the Gamecocks

South Carolina diving will conclude the home portion of their schedule next Saturday, Jan. 21 as they take on Davidson in a dive-only dual. The meet will get started at 10 a.m.
For all the latest South Carolina swimming and diving information, continue to follow GamecocksOnline.com or the team on social media (@GamecockSwim).